Understanding the behaviour of groups making decisions is at the core of Coca-Cola Hellenic Adam Greene’s strategy, which he believes every employee can and should put into operation 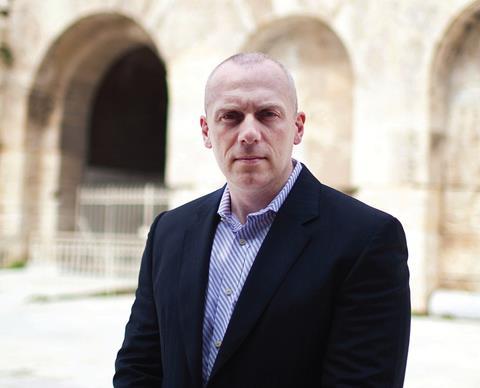 Adam Greene’s meteoric rise up the risk management career ladder is a combination of hard work and a fondness for challenging conventional wisdom. Just six years after graduating from university he was chief risk officer (CRO) of Thames Water. And since late 2008 he has worked for Coca-Cola Hellenic in Athens as group risk and insurance manager, spending most of his time on business and project risk management.

In his eyes, though, there are a number of things risk managers need to do differently if they want to survive. Paying more attention to the psychological factors that influence risk rather than obsessing over statistical information is paramount, he says. If this does not happen, he thinks the future for risk management looks bleak.

“When you look at the professional risk management environment, it is moving down the lines of economic rationality, implying the perfect risk decision option has been identified and is achievable, with measurement and statistics forming a large part of that,” Greene says. “But you find that economic rationality does not adequately describe the everyday rationality used by decision-makers who assess and decide using personal emotions.”

Another danger he foresees is that, as the profession develops increasingly esoteric tools and techniques, the process of risk management is becoming externalised. Instead of every employee managing risk as a matter of course, specialist risk managers are invited to analyse and treat risk.

This, Greene argues, removes responsibility from everyone else. “What I try to do is enable decision-makers in our company to make better decisions and understand the influences that they unconsciously carry with them — their biases and heuristics.”

Greene’s interest in the behavioural side of risk management was first inspired in academia. He began his professional career as a project manager with construction company Bovis. “The lifestyle of a project manager was a little hectic and full of stress. I decided I needed a fresh challenge,” he recalls.

‘Whether you are penalised for failure or rewareded for taking risk can affect decisions’ − Adam Greene, Coca-Cola Hellenic

In 1999, Greene joined Loughborough University to study for a PhD in risk management, which was sponsored by the Engineering and Physical Sciences Council. “Originally I was employed to build a full project lifecycle map, right the way from conception of a need to disposal of an asset. That really didn’t grab my interest too much so I decided to look at the behavioural side of decision-making.”

Depends what you had for breakfast

His curiosity led him deep into the field of individual and group decision-making. “I started to look at what influences people’s decisions. You can come up with an almost endless list, which includes obscure things like have you had breakfast – because the chemical imbalances in your brain that occur if you skip breakfast can affect how you make decisions – to the colour of the room you’re in or the background noise that you’re experiencing.”

“There’s also the more obvious influences, such as whether you are penalised for failure or rewarded for taking risk. That direct motivation can affect decisions and how you perceive your environment.”

Decision-making in a group is even more complex, Greene says. And this can have serious consequences for business risk management, where focus groups are widely used as a means of risk identification and assessment.“We say that risk management should occur in a group because a group is naturally better at making decisions by virtue of there being a range of shared opinions, perceptions and preferences.”

While this is true, risk workshop facilitators need to be aware of the range of influences that can affect how a group of people make a decision. “The language of a dominant character within a group can really alter perceptions,” Greene says. “If you walk into a group as the leader and you describe your environment as ‘chaotic’, you set a certain state of mind and perception is driven by that. So the group looks at the situation as chaotic. But if the leader walks in with confidence, then the confidence of the group is emboldened and it will make a different type of decision.”

Even more worryingly, Greene notes, individuals who have no experience of the discussion matter tend to make up stories just to be seen as contributing. “There’s usually a lot of pressure in a group to be seen as an active participant and not to be the wallflower — particularly in a work setting.”

Groups are prepared to accept higher levels of uncertainty and risk compared with individuals on their own, Greene adds. “One theory for that is the diffusion of responsibility. That’s true, but it’s also the case that the more vocal people in the group tend to be the more positive ones and therefore more likely to take a greater risk. As they are more vocal they pull the group in that direction.”

In 2002, after he finished his PhD, Greene stepped on to the first rung of the risk management career ladder, working for Thames Water as a risk engineer. “I had to quickly realign my thinking,” he says. “At university, especially on a PhD, you have the luxury of a lot of time to do blue-sky thinking. If you apply it verbatim in a non-academic environment you become unstuck. So you have to go through a process of realignment.”

But his PhD did help Greene to look at problems in a different light. “I spent a lot of time working with groups and individuals to understand how they deal with complex decisions. That made me a better facilitator of the decision-making process,” he says. Before leaving Thames in 2008, he was promoted to group level as CRO.

So how does he account for his speedy rise to the top? “Fortune plays a part. You have to be in the right place at the right time. But you do need sponsors. Without someone who is prepared to say, ‘I think this chap is capable of doing more’, you can easily blend into the background. You have to make a name for yourself and establish your credentials. You have to be able to substantiate what you’re saying. Make it clear that you are here to help and that you can contribute something meaningful so that you can support other people. You need to be able to empathise with them too. To show that you care, that you can help and that you add value.”

Greene acknowledges that business risk management needs a structure and a framework. “The organisation needs intelligence in what its operations are facing from a risk perspective. And we need to be able to aggregate and capture, assess and present that in a meaningful way. But in every step of that process, it is about enabling decision-makers to make better decisions for themselves.”

So what do risk managers need to do to help people throughout their organisations make better decisions? First, Greene says, they need to understand behavioural influences and develop strong facilitation techniques. “I talk to departments about the decision-making theory, what to look out for in terms of biases and influences, and how to guard against them.”

In hands of those who use it

Because it’s impractical for Greene to visit every single facility each year, he relies on a network of risk advisers to facilitate risk workshops. “We have a set of defined risk assessment criteria that we use to aggregate risk across the group,” he says. “We ground the process firmly and put it into the hands of the people who use it. The core process remains the same across every region: we identify the objectives, assess the risks and manage them.”

Greene applies the same process to project delivery. “We are in the process of moving the business over on to a new technology platform. It’s an enormous and incredibly complex task, which we are delivering very well with no business interruption.”

Success is a virtue of not only a strong risk management process but also a strong “risk intuition” within his organisation, says Greene. “People are very aware of risk and opportunity, as well as how to deal with it and manage it.”