Large European multinationals are an integral part of the fabric of society and the growth of civil unrest, swiftly and unpredictably mobilised by new technology, is showing companies the danger of being seen as ‘bad citizens’ in struggling economies 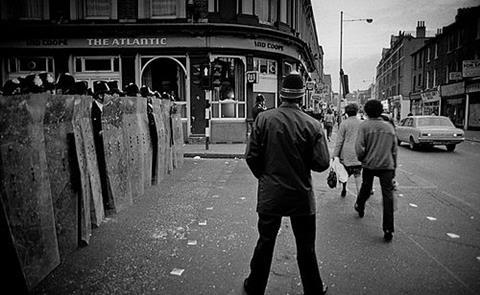 Events in North Africa and the Middle East have made European companies very conscious of the wider dangers of civil unrest when it evolves into political turmoil and even ferments revolution. They also recognise, perhaps as never before, the power of mobile and internet communications in mobilising and organising protest.

This is our assessment of the views of 30 leading European risk managers interviewed earlier this year for the StrategicRISK Report 2011, sponsored by Marsh.

According to our research, European corporations recognise that today’s technology gives discontented stakeholders far greater ability than ever before to co-ordinate activism that may have an impact in terms of business continuity, asset damage and loss of reputation. For some companies, efforts to mitigate this may be hampered by political, economic and other considerations, over which their control is limited.

“Our security people are starting to think about social networking, instant messaging and the like,” one of the risk managers we interviewed disclosed. “Each of these, by their nature, allows people to organise themselves rapidly in a highly unplanned, unstructured way.”

The need to balance societal and economic risks is seen as a particular challenge by some companies that have embraced globalisation by choice or necessity. While it may make sound political or economic sense to move the global location of certain services or facilities, the impact on local communities may be severe.

As another risk manager put it: “Cities have grown up around our plants. If we decide that a plant is not doing well and it makes no sense to keep it running, that has a direct social impact, which can lead to strikes and unrest.”

Some risk managers stressed the need for good citizenship when expanding globally. As well as reducing the likelihood of civil unrest, this can also ensure the ability to obtain a good quality workforce.

According to one of them: “Enlightened companies recognise that their future is tied up with the communities in which they operate and in which their suppliers and customers operate. They need to look after these communities.”

The perceived behaviour of a business and/or of its senior executives can make that business the focus of attention for demonstrators and adverse internet comment. Bearing in mind that it is difficult for risk managers to dictate how their senior executives conduct themselves, those risk managers raising this point felt that all they could do was to mitigate the impact and put in place appropriate security against possible activism.

“Media statements might not actually help. There is a danger that activists will see what is going on in other countries and may take more direct action against your business,” explained a risk manager responding to StrategicRISK’s enquiries.

The problem of action by demonstrators across multiple locations was raised by several companies. They look to robust, regularly tested business continuity planning to mitigate the effects.

“We look at the extent to which things can happen in several places at once. For example, if a pressure group takes a dislike to you, they might not just protest outside your office but take action at several locations,” was one risk manager’s view.

Current economic pressures are one of the key causes of civil unrest. But some companies predict an equally adverse reaction, including industrial disputes and strikes, when economies start to recover, if that recovery is not accompanied by increased jobs
and wages.

“When the economy is bad, people expect to suffer financially. When it restarts, they want to get their share of the cake and return to what was normal before. Trade unions will become more active, asking for more wages and greater employment, so strikes could stifle the restart,” explained a risk manager anonymously.

Some risk managers were concerned about the effects of recession on young people unable to find work, as well as the restrictions on the buying power of older people on fixed incomes who would traditionally be expected to make luxury purchases such as travel. And clearly the fact that people are living longer has an impact on the cost of pension payments.

As one risk manager put it: “The difficulty that young people have in finding work can leave a psychological scar that has a long-term impact and may lead to risk aversion later on in life.”

Several other companies saw immigration as an issue. Concerns related to the potentially important impact in terms of social instability and the need to provide specific services to cater for the new citizens.

Even those companies that perceive the volume of immigrants as providing an opportunity for selling additional services were cautious regarding credit risks and fidelity issues. This suggests a generally low perception of immigrants’ social standing and behaviour.

Protecting business travellers. Many European companies place a great deal of emphasis on protecting their employees while they are travelling abroad on business, and consider that this area is a largely underestimated risk.

Making sure that people travel safely and understand what to do if things go wrong in potentially hazardous political areas is a key ethical concern for most companies. It goes beyond dangers relating to crime or terrorism to address the basics of safe travel.

“Motor accidents are probably one of the most likely risks for our people abroad. We provide a specific website to give assistance and advice to limit the risk. We also provide a contact point to ensure speedy reaction and help should one of our business travellers have a problem,” explained a risk manager.

In related findings, European companies regard pandemics as a risk but perhaps not as great a concern as they were in 2010.

All companies acknowledge that they have a moral responsibility to safeguard the integrity of their business and this includes the safety of their employees.

They also acknowledge that pandemics could have serious affects on their business in terms of employees, suppliers, restricted travel, and so on, and could therefore represent a serious problem. However, this seems to be an ongoing concern rather than an immediate major risk. “We are prepared for the effects of a pandemic but do not see this happening in the next year,” said a risk manager.

01: Discontented stakeholders have far greater ability to co-ordinate activism through technology
02: Multinationals need to pursue good corporate citizenship when they expand globally
03: Immigration is an issue for many companies, particularly the need to provide specific services for the
new citizens
04: Companies consider the risk to employees travelling abroad to be underestimated