The FSA may be averse to taking legal action over money laundering, but it’s not the case with US regulators 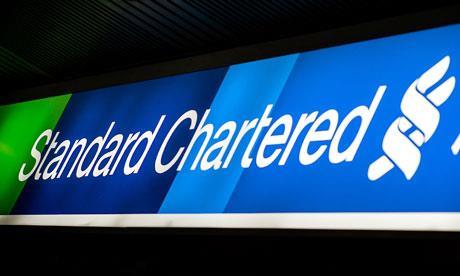 Speaking to the BBC earlier this year, the writer and historian Sir Max Hastings recalled how a “senior central banker” had told him that London was now considered “the money laundering capital of the world”.

An EU money laundering directive was incorporated into UK law as far back as 1993. However, former Scotland Yard fraud detective and financial regulator Rowan Bosworth-Davies believes that monitoring of money laundering in Britain is “plagued by the bureaucracy of civil servants in place of real crime-fighting by the police”.

Since 2002, the Financial Services Authority (FSA) has had the power to prosecute criminal offences in cases of money laundering, but has done so only once. This is not a problem of regulation, but of enforcement, according to Bosworth-Davies: “There’s nothing wrong with [UK] laws and regulations: we’ve got more laws than you can shake a stick at. What we need is a regulatory authority with the bottle to enforce them.”

Rules-based regulation (known in the industry as “light touch”) ended in 2010, and the FSA finally got to work. That same year, RBS was fined £5.6m (€7m) by the regulator and, this year its subsidiary private bank, Coutts & Co, was fined £8.75m. But fines only go so far, and there is still little deterrent for those breaking the law other than the prospect of company shareholders forking out for executive misdemeanours.

US regulators, on the other hand, have had no problem filing legal complaints against UK banks and have received almost $2bn (€1.5bn) from high-profile money-laundering allegations that have led to settlements since 2009. Lloyd’s TSB, Barclays, and now

Standard Chartered have all settled charges relating to various claims, while HSBC currently has $700m set aside to cover potential fines following a recent US Senate report accusing it of exposing the US financial system to “a wide array of money laundering, drug trafficking, and terrorist financing”.

This series of lawsuits has the London Square Mile worried, with some commentators even attributing them to a concerted US attempt to undermine the City as a global financial centre. But, of course, financial institutions are not the only ones to be exposed to the specific crimes of money laundering, and the actions of US regulators would no doubt have raised alarm bells in multinational organisations across the globe.

“The issue boils down to the following concept,” says Jacob Frenkel, chair of securities enforcement, white-collar crime and government investigations practice at US law firm Shulman Rogers Gandal Pordy & Ecker: “Any sovereign, whether a country, province, state or municipality, has a right to expect that a company or person doing business in that territory is subject to the laws of that territory. Just as a party doing business enjoys the protection of the laws, so too must a party comply with the laws.”

Since most international transactions take place in US dollars, at some point they almost always flow through the Federal Reserve Bank in New York, and are therefore exposed to US jurisdiction.

For all the stories reported in the global media, countless cases fail to be mentioned, according to Financial Markets Law International principal Richard Parlour: “The US is highly extra-territorial and has been for a very long time. These incidents are getting into the headlines more now because after 9/11 the Americans had been sleeping on a bundle of issues for at least a decade and then all of a sudden thought ‘we’ve got to do something about it’. So they got every proposal off the shelf, bundled it very incoherently into the Patriot Act, and then decided to try and enforce that as wide and as quickly as they could.”

Initially, the Patriot Act was meant to be restricted to terrorist financing, but at the 11th hour the Senate extended this to include organised and white-collar crime. This is one of the main reasons for the spate of recent cases involving UK directors being extradited to the US. “There are now dozens of UK directors held in the US, all under a provision that wasn’t originally intended to apply to them,” says Parlour. The US was not required to make a prima facie in any of these cases.

Although it is difficult to disagree with US stated ambitions - which range from protecting the global financial system to combating drug trafficking and terrorist regimes - many point to the apparent hypocrisy as evidenced by the number of US companies that have been granted permission to trade legally with Iran by the US government. Over the past three presidential administrations, the US government has granted almost 10,000 special licences allowing 4,000 US companies to enter into transactions that would otherwise be prohibited by trade embargoes and sanctions rules.

European businesses are now becoming increasingly aware of US tactics and are more and more nervous about doing business with the country. This, coupled with a struggling US economy, has seen businesses make a much more general strategic shift towards emerging markets in South America and East Asia. Of course, the irony is that trading in these regions brings high white collar crime risk, and companies will therefore need to pay even greater attention to proving both the identity of clients and also the legitimacy of their assets.

Royal Bank of Scotland Group £5.6m - August 2010
For failing to have adequate systems and controls in place to prevent breaches of UK financial sanctions

Sindicatum Holdings Ltd
£49,000 - October 2008
For not having adequate systems and controls in place for verifying and recording clients’ identities