The benefits of a worldwide presence can be offset by increased vulnerability to hazards including political unrest, natural disasters and lack of a shared corporate culture 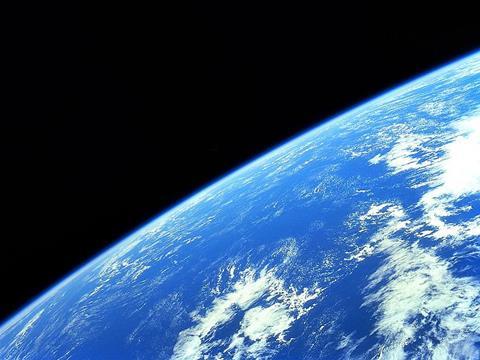 European companies that have gone global have gained in lower supply costs, larger markets for their products and, more recently, the ability to offset western recession. The pain for many began to bite this year when a series of global events spelt out the vulnerability associated with a worldwide presence.

Political tumult began in Tunisia, then Egypt and extended elsewhere. Floods in Australia were the first of several huge natural catastrophes including the earthquakes in New Zealand and Japan and the US hurricanes which, according to Associated Press, have already cost insurers almost $25bn (€18.3bn). In addition, according to a 2010 McKinsey Global Survey, while the core drivers of globalisation remain valid, “executives are still grappling with how to seize the opportunities of an interlinked world economy”.

Until the credit crunch, mergers and acquisitions (M&As) were one of the traditional routes used to speed up globalisation, the potential benefits including instant market presence in new territories and increased market share in existing ones. For companies that were not cash-rich, the crunch spelt the doldrums for M&As. Bloomberg reported that global M&A activity saw a ‘strong comeback’ last year.
The Organisation for Economic Co-Operation and Development (OECD) also confirmed that foreign direct investment activity recovered last year for the first time since the beginning of the global financial crisis in 2008.

However, if globalisation in itself presents new risk challenges, so too can the strategies used to effect it. With M&As - and divestments - the devil is in the detail, according to the head of Marsh’s M&A practice in London, Daniel Max. Sellers may play down the significance of potential risks and liabilities and be reluctant to give the required warranties or indemnities.

At least half of all M&As do not succeed

Reports suggest that over half of all M&As - some put the figure as high as 90% - do not succeed in terms of meeting corporate objectives. In its study Post-Merger Integration: The Key to Successful M&A, Merrill Corporation says that success depends almost entirely on an effective integration process.

Establishing a common corporate culture across diverse organisations in very different countries is a challenge. For risk managers looking to roll out enterprise risk management (ERM), the difficulties in establishing a universal approach to risk and its management can be profound. Some national cultures are inherently more risk averse than others.

Accenture’s 2011 global risk management study points to the inability of many companies to infuse a risk culture throughout their organisation. “If a broader culture of risk awareness is not created, companies will struggle to realise the full benefits possible,” it says.
Similarly, enforcing common corporate social responsibility (CSR) standards across worldwide operations and their supply chains is an imperative that global companies cannot ignore. The OECD, which this year issued new guidelines to promote responsible business conduct by multinational enterprises, also amended its code to take in non-OECD countries.

According to Global Governance Services chief exexcutive Chris Pierce, the board must be responsible for setting ethical standards. One stumbling block is that something considered legal in one jurisdiction may be banned in another, for example contract facilitation payments or donations to political parties.

Some global corporations, most recently News Corp in the UK, have found that breaching ethics is not just a matter of reputational damage and a few harsh comments on the web - although those never help a business. There can be a direct detrimental financial impact. Investors, particularly in the USA, are never slow to sue.

Pierce notes that directors are now aware that the message the board is giving out may not reflect what’s happening lower down the chain of command. “I am asked often by organisations to compare the rhetoric with the reality,” he says.

If strategies, risk culture and CSR are the soft issues around globalisation, the hard issue is that some countries are more prone to natural disasters and political unrest than others. Companies embracing globalisation go to regions that offer the greatest benefits in terms of supply costs and indigenous market. These may not be the safest bet in global risk roulette wheel.

Natural catastrophes are aptly named ‘acts of God’. They are largely unpredictable. Even in notoriously hazard-prone areas, no risk model has yet been able to come up with a firm indication of when and where catastrophes will occur and their scale. Risk managers may have to carry the can if they do not have mitigation strategies in place.

Traditionally, risk managers whose companies have operations in high-risk areas will seek to protect physical assets as far as feasible and insure the loss should the worst happen. But some risk managers are moving outside the conventional mode.
New emphasis on mitigation
Adrian Clements, general manager of asset risk management at ArcelorMittal, believes that compensation for physical damage may be poor consolation in view of the potential for years waiting to get back into production and lost market share. Although the company transfers some financial risk, Clements has embarked on a programme to mitigate its market share risk.

This involves analysing the vulnerability of individual plants to extreme events such as large earthquakes and providing protection to ensure that they can quickly be up and running. Clements says that it’s also important to look at the surrounding infrastructure to guarantee continuity of production. It’s a new approach, moving away from identifying probability for insurance purposes to assessing and protecting vulnerability for mitigation.

Japan’s earthquake, accompanied by a tsunami and nuclear reactor problems that shut down suppliers’ power, was an eye-opener for some sophisticated western companies that had thought they were in control of their supply chain. Automotive companies had to reduce operations because of lack of supplies from Japan and there were profit warnings from electronics companies. The winners were those businesses that had already made alternative supply arrangements, says Chainlink Research, whose 2011 supply chain risk survey reveals that multinational companies are pretty poor at managing their supply chains.

Volatile political conditions have also caused concern this year. As well as the need to repatriate employees - in some cases at very short notice - hard-won contracts with governments may be overturned if a new political regime takes over.

The Willis report, Executive Risks - A boardroom guide 2010/2011, highlights the greater appetite of regulators globally in identifying and prosecuting companies and their directors for breaches of competition and securities regulation.

“Overall, there is a growing appetite for increased and improved enforcement, and this can be seen at a local level in just about any jurisdiction,” says the report. There is also increased co-operation between regulators on an international basis.