European finance ministers have agreed to rules allowing the supervision of eurozone banks marking the first step on the road to closer integration. 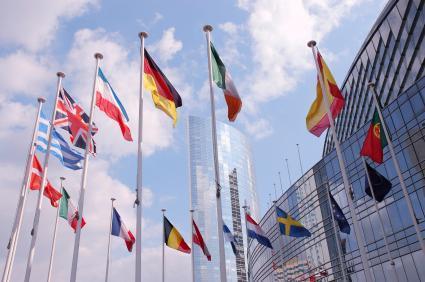 An agreement was struck in the early hours of Thursday morning granting the European Central Bank (ECB) powers to supervise about 200 major banks within the eurozone and intervene if any get into trouble.

It is hoped the agreement will bolster the flailing Euro and prevent private debt as a result of banking failures being transferred on to governments’ books.

Concessions were made to Germany and the UK, who were concerned the ECB would wield too much power acting as bank supervisor and guardian of monetary policy within the eurozone: a mediation panel will be established to resolve disputes between the ECB and national supervisors, and a double vote will be permitted for decision-making – one for those in the banking union and another for non-euro countries.

German Chancellor Angela Merkel promised the Bundestag that Germany’s “core demands” had been secured, while UK prime minister David Cameron said the agreement ensured “that the single market is protected for countries that are not signing up to the banking union”.

The deal expected to come into force in March 2014 when banks with assets worth more than €30bn will be placed under the oversight of the ECB.