Five risk trends that company directors need to watch in 2020

With corporate management under unprecented scrutiny, a new report highlights the five mega trends which will have significant risk implications for senior management in 2020 and beyond.

The range of risks facing company executives or directors and officers – as well as the resultant insurance claims scenarios – has increased significantly in recent years.

With corporate management under the spotlight like never before, a new report by insurer Allianz Global Corporate & Specialty (AGCS) highlights five mega trends which will have significant risk implications for senior management in 2020 and beyond. 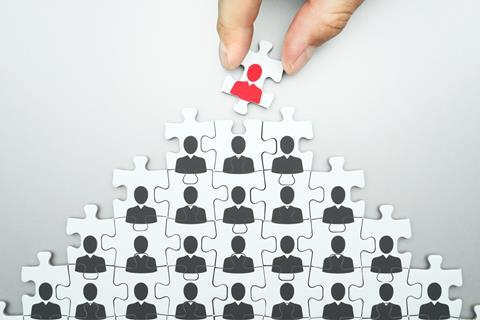 Bad news events, such as product failures, man-made disasters like bush fires and cyber-attacks are dominating the business press agenda, and when things go wrong it can cause drops in share price or regulatory investigations, which in turn spell trouble for the c-suite.

This often results in significant securities or derivative claims from shareholders. Of the top 100 US securities fraud settlements ever, 59 per cent are event-driven.

There has also been a spike in claims resulting from the #metoo movement, where it is alleged D&Os allowed a toxic culture to take hold and endure within companies.

Other prevalent types of events are cyber incidents. AGCS has seen a number of securities class actions, derivative actions and regulatory investigations and fines, including from the EU’s General Data Protection Regulation (GDPR), in the last year, and expects an acceleration in 2020.

2. Climate change litigation on the rise

Failure to disclose climate change risks will increasingly result in litigation in future.

Climate change cases have already been brought in at least 28 countries around the world to date with three-quarters of those cases filed in the US.

There are an increasing number of cases alleging that companies have failed to adjust business practices in line with changing climate conditions.

Environmental, social and governance (ESG) failings can cause brand values to plummet.

“Directors will be held responsible for how ESG issues and climate change are addressed at a corporate level,” says Williams. “Increasingly, they will have to consider the impact of these when looking at strategy, governance, risk management and financial reporting.”

AGCS has seen increasing receptivity of governments around the world to collective redress and class actions, particularly across Europe but also in other territories such as Thailand and Saudi Arabia.

At the same time, the level of filing activity in the US has been at record highs in recent years with over 400 filings in both 2017 and 2018, almost double the average number of the preceding two decades.

This increased activity is impacting both US and foreign companies which have securities listed directly in the US.

With global law firm, Clyde & Co, AGCS has compiled a risk map in the report, which assesses the risk of a company being subject to a securities group action in a particular jurisdiction.

This risk analysis takes into account the availability and prevalence of third party litigation funding, which is regarded as a strong factor in increased group action activity around the globe.

While countries such as the US, Canada and Australia  see the highest activity and most developed securities class action mechanisms, overall, such mechanisms are developing and strengthening around the world.

The Netherlands, Germany, England and Wales have all shown notable development and increased activity in recent years.

An increased number of insolvencies could well translate into more D&O claims.

Business insolvencies rose in 2018 by more than 10 per cent year-on-year, owing to a sharp surge of over 60 per cent in China.

In 2019, business failures are set to rise for the third consecutive year by more than 6 per cent year-on-year, with two out of three countries poised to post higher numbers of insolvencies than in 2018.

“Political challenges, including significant elections, Brexit and trade wars, could create the need for risk planning for boards, including revisiting currency strategy, merger and acquisition (M&A) planning and supply chain and sourcing decisions based on tariffs.

5. Litigation funders spread across the world

All of these mega trends are further fueled by litigation funding now becoming a global investment class, attracting investors hurt by years of low interest rates searching for higher returns.

Litigation funding reduces many of the entrance cost barriers for individuals wanting to seek compensation, although there is much debate around the remuneration model of this business.

Recently, many of the largest litigation funders have set up in Europe.

Although the US accounts for roughly 40 per cent of the market, followed by Australia and the UK, other areas are opening up, such as recent authorisations for litigation funding for arbitration cases in Singapore and Hong Kong.

India and parts of the Middle East are predicted to be future hotspots.

Although it is estimated around US $15bn worth of premiums are collected annually for D&O insurance the profitability of the sector has been challenged in recent years due to increasing competition, growth in the number of lawsuits and rising claims frequency and severity. AGCS has seen double digit growth in the number of claims it has received over the past five years.

Insurers are facing more legal costs due to increasing activity, as well as more settlements and claims. Another issue is that “event-driven” litigation results in aggregation issues where multiple policies may be triggered.

One event could trigger both D&O and either aviation, environmental, construction, product recall or cyber insurance policy claims, for example.

“D&O insurance addresses the intrinsic strategic risks of corporations and their senior management, and over the past year the D&O market has seen major change and likely will experience further volatility in 2020,” says Williams.

“One of the best defenses to protect against such volatility is for risk managers and their D&Os to maintain an open dialogue with underwriters and brokers, so that all parties can gain a better understanding of the risk culture and governance within an organisation.”