The world’s first fully automated vessel is expected to set off on its first unmanned voyage by 2022 and that promises to be a good thing for the environment. But the innovation comes from an unlikely corner of the marine industry 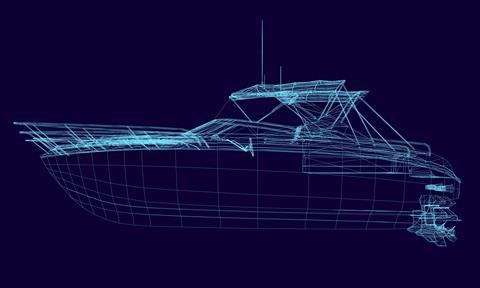 Curiously, this fully automated ship is being developed by the Norwegian chemical company, Yara, which will deploy the vessel to transport fertiliser from its production plant in Porsgrunn to container ports in Brevik, 13km away, and Larvik, 61km away.

The Yara Birkeland, named after Kristian Birkeland, who founded the chemical maker, is expected to be the world’s first fully autonomous electric container ship.

That single vessel, its creator says, will cut down the number of diesel-powered truck journeys by 40,000 each year.

But it will also bring a new dawn for marine transport, a sector that gave birth to dozens of cottage industries – not least Lloyd’s of London, which has since grown to become an insurance behemoth.

And Lloyd’s, along with the wider marine insurance market, will need to adapt to cover this new breed of marine risks.

In some ways, it will be a better risk because the bulk of maritime incidents nowadays are due to human error, says Roberto Spanu, a senior risk engineer at Swiss Re Corporate Solutions.

It could also make the marine market more viable. Spanu explains that the marine industry foresees that autonomous ships will be more efficient, reliable and sustainable, and capable of significant reduction in CO2 emission, thanks both to savings in fuel consumption and to the increased hydro- and aerodynamics of the hull.

But it will be a while before those ships are sailing more than just coastal waters. Spanu says many expect that it will be at least another 20 years before freighters are sailing the high seas without a captain and a crew on board.

The Yara Birkeland will cut down the number of diesel-powered truck journeys by 40,000 each year

Marine insurance is, for the most part divided into two classes: hull and machinery and cargo. The hull and machinery cover protects the ship itself, including all the machinery and equipment on board; and the cargo covers goods on the carriage as well as whatever concerns the transportation of goods, whether it’s containers of trainers or oil.

Both hull and cargo underwriters will need to completely tear up their models if autonomous vessels take to the waters in a meaningful way.

And insurers face another change. Vessels are getting bigger. In fact, some ships can carry up to 22,000 containers , says Spanu.

Using a rule-of-thumb valuation that pegs the average value of each container’s contents at $30,000, that creates a total exposure of $720 million. And that’s on top of the vessel itself, which is probably valued at more than $100 million.

Spanu acknowledges that a lot of questions must be answered, particularly those related to safety, before an autonomous vessel of that scale could be insured.

Will it really happen?

And while mega container ships will likely become autonomous, the same cannot be said of big cruise vessels and oil tankers. Not until questions around safety can be adequately addressed, says Spanu.

His big concern is hacking. He said the dependence of ships on GPS mapping systems could leave them vulnerable to a new kind of cyber pirate.

Cyber spoofing is where pirates dupe GPS systems into thinking they are receiving a satellite signal when in fact they are reading data from an artificial beacon.

That can then be used to lure ships into enemy waters. He said insurers will need to develop new products that protect against hacking.

And it’s not just the insurers that need to get on board with the automation of marine transport.

“There are several legal and legislative complications,” says Swiss Re Corporate Solutions’ Spanu.

“So far the existing rules are not ready to get in service an autonomous vessel, especially if trading in international waters.”

He said that could create a further delay before automated vessels take to the oceans.