After a sustained push to improve the energy efficiency of homes and offices, the focus has now shifted to the construction companies that build them – and they are not performing well 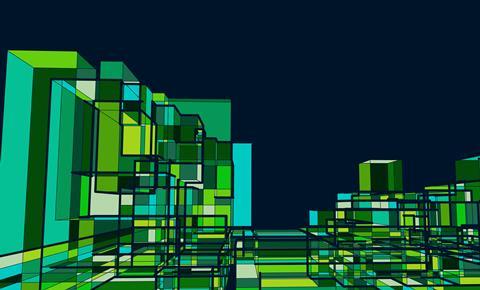 By one estimate, the construction sector is responsible for 11% of global energy-related emissions. Staggeringly, the use of concrete now accounts for a whopping 7% of all carbon dioxide emissions.

She says the construction sector has the potential to “dramatically reduce carbon emissions and help to achieve the aims of the Paris Agreement, which targets a temperature rise of well below 2 °C this century.

Stuck in their ways

But improving the energy efficiency of the construction sector is costly, according to Ed Rusch, a director at Command Alkon, a platform for construction contractors. “There are issues with change management – the industry has been doing things the same way for years,” he says.

The construction sector has the potential to dramatically reduce carbon emissions and help to achieve the aims of the Paris Agreement, which targets a temperature rise of well below 2 °C this century

But he says the sector is making efforts to change its ways. “The industry is doing many things, such as creating concrete and cement that is more environmentally friendly,” he explains. “The manufacturing of cement has been known to not be very green but formulas are being changed.”

And there is more that construction companies can do, he says. “Firms can also improve logistics within their industry to lower carbon emissions when delivering to a jobsite – if products arrive at the jobsite at the right time, there is less idling of trucks in the yard.”

So, how can construction firms reduce the amount of concrete they use?

In Shanghai, China, there is a move to replace concrete flood barriers with wetlands, something the Royal Society for the Protection of Birds would like to see done more in the UK.

Joanna Newson from insurance broker Willis Towers Watson says that this has been an integral component of both Cross Rail, the London Sewer Scheme and HS1.

“Integrated planning can mean that wetlands can, and should, form an integral part of the flood defence system if the designers and engineers can incorporate these areas into the design.”

“The challenge is retrofitting wetland habitat into any previously developed urban area.”

Nevertheless, shy of building less, many fear there are very few meaningful steps that can be taken to reduce the amount of concrete used in construction. That has led to calls to tax concrete more heavily in a bid to increase the opportunity cost of construction projects.

That could be bad for insurers in the construction space, who have complained for years about low prices and increasingly generous terms demanded by clients.

The falling prices are driven by an oversupply of capital seeking to insure construction risks. An increase in the tax on concrete would reduce the number of construction projects for that capital to insure, having a further deflationary effect on rates in an area of the insurance sector where profitability has been challenging historically.

But Newson is more optimistic. The expert says the insurance sector has evolved to underwrite each innovation as it has developed and enhanced over the last 300 years – and she thinks it will continue to do so.

“The implications for insurers and insureds should be entirely positive if the footprint of operations is increasingly controlled and the pollution potential reduced by operational planning,” Newson says.

“There is always a frontier that many construction companies are riding up to, metaphorically as well as physically.”

She says they include larger bridges, longer tunnels and bigger transportation schemes, all of which change the sector’s perception of damage and harm.

“Whatever the future holds, the need for construction insurance remains,” she continues, adding that cover should include harm to the natural resource and macro environment “as a foundation stone, not an afterthought”.

However it is achieved, one thing is for sure, to build a greener future, we need greener builders.