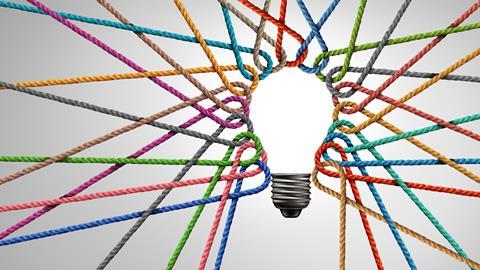 If the last few years have taught us anything, it’s to expect the unexpected and the unpredictable. The collision of rising economic and geopolitical risks with a hard commercial insurance market will leave companies needing to finance and manage more risk themselves.

Companies have had to add the impact of runaway inflation, war, disrupted supply chains, a pandemic and the increasingly evident impacts of climate change to their risk portfolio. Now they’re also facing a weak economic outlook that threatens to erode bottom lines.

That’s why more companies are turning to captive insurance to reduce the cost of risk and to fill any gaps in their coverage.

Thomas Keist, Global Captive Solutions Leader at Swiss Re Corporate Solutions, says increased uncertainty has prompted a rise in the use of captive insurance in recent years. ”Large corporates and mid-sized companies are either setting up such vehicles or ramping up their use of existing captives, while some are making use of innovative new products such as virtual captives to get started in this field,” he explains.

Self-insurance via a captive can help companies keep a lid on rising insurance costs. And it can plug gaps in cover left by today’s challenging insurance market – where premiums and deductibles are rising and companies retain more risk on their balance sheet.

A captive can also work as a way to build up reserves to cover risks that may be difficult to insure otherwise, in particular for emerging risks that are not well modelled and where claims data is less available.

Captives are a complement, but not a replacement for commercial insurance.

Depending on the size of the parent company, a risk retention vehicle is a suitable option to cover losses of $25m to $50m, but not for catastrophic events such as natural catastrophes or an exceptional accumulation of smaller losses.

Typically, a captive bundles the risks of diverse business units and “uses internal risk diversification effects as a way to bring down the total cost of risk”, Keist says.

So why not just increase deductibles?

That can seem “a cheap and easy fix for the problem”, Keist says. However, “it increases potential balance sheet volatility, particularly for smaller companies,’’ if they suffer from large losses and have not been able to build up respective reserves.

He cites the example of a company with a number of manufacturing operations in different countries.

What happens if its factory in Malaysia burns down and the subsidiary there needs to be recapitalised to rebuild the factory? “You can’t just send a cheque,” Keist says. Having a captive allows the business to “pay for losses quickly and in the right place”.

Captives are no longer just an option for large corporates, as new and more innovative products – such as virtual captives and protected cell captives – help mid-sized businesses to self-insure.

A virtual captive is a multiyear agreement with a licensed insurance company like Swiss Re Corporate Solutions, usually running for three to five years. It replicates the financial mechanics of a traditional captive without the need to set up a regulated (re)insurance company.

The customer will self-finance most of the risk while the remaining peak and tail risk is transferred to the insurer. The insurer, in turn, collects a risk premium and a fee to cover the cost of providing the balance sheet and running the programme.

Another option is a protected cell captive (PCC), which is essentially a rental captive set up by a third party, like large brokers.

They are currently only available in a small number of domiciles, mostly offshore. The structure is essentially the same as that of a rental captive, with no risk sharing, but PCCs have the additional benefit of statutory protection.

So what’s the best advice for those looking at this form of self-insurance? Swiss Re’s Keist says businesses should ask themselves just one question: ‘’Does it make sense to keep the risk in the company?’’