As the renewable energy sector is seeing its risk profile change dramatically, there is increased demand for ways to cover against arguably its greatest foe – unpredictable weather 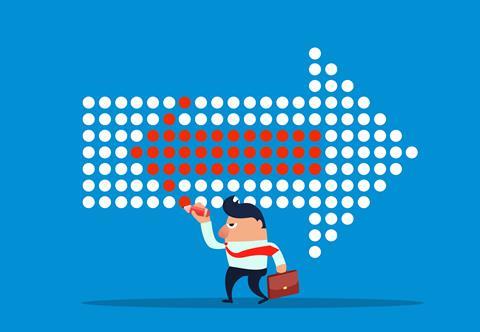 Weather-related risks are typically not managed in the same way as more traditional risks such as property damage or liability risk. But this is changing, as subsidies are being reduced and renewable energy companies’ risk profiles start to look quite different.

Without subsidies for producing wind and solar energy, power price risk is introduced and the risk profile for renewable energy changes significantly. While governments may have paid a fixed price of €150 per megawatt hour (MWh), selling the energy into the market may only fetch €35 per MWh, or whatever price the market will bear.

“Traditionally the renewable energy industry has been used to more generous electricity buyers and therefore much higher margins,” says Stuart Brown, Swiss Re Corporate Solutions’ head of origination for weather and energy in EMEA and APAC.

“But without the subsidies for producing wind and solar energy, there is a lot more merchant risk, which is considerably changing the risk profile of the business and the impact of the natural risks that get in the way of production.”

You can’t predict the weather

This disruption is causing a lot of renewable energy producers to rethink how they manage their production risk, i.e., the variability of the wind and sunshine.

During a bad wind or solar year, the project would not generate as much electricity as planned and it could lose the cashflow associated with that. If the project is highly leveraged, the producers could run into problems with their lenders and, at the extreme, have the project taken over and sold out from under them.

However, technological advances have made the sun very predictable, enabling producers to make precise estimates at what their output is going to be throughout the year, says Jack Dobson-Smith, public affairs and communications officers at the Solar Trade Association.

“Lack of sunshine is not particularly worrying for solar energy producers. It might be more of an issue for the grid and how it is managed. Spikes in energy demand do not always coincide with the times when renewables are generating a lot of energy, so the grid may have to lean on other forms of generation such as fossil fuels to bridge that gap.”

Wind energy faces a similar problem, which is referred to as shape or profile risk – while the wind blows intermittently, buyers of electricity want a steady supply.

Several non-traditional hedging and insurance products are available to address these weather-related risks.

“However, the cost of this can be significant to some businesses, due to the reduced margins that the competitive growth of renewable energy has enabled. If overcome, the value of these products can protect share price for utility businesses if they are exposed to weather-related revenue fluctuation,” says Duncan Gordon, renewable energy specialist at Gallagher.

For buyers and sellers of wind energy, the insurance industry has developed products that hedge the shape or profile risk of generating wind energy.

“We have done several shape-based hedges where we have taken the risk in the form of providing financial compensation to buyers of power for taking the risk of intermittency,” Brown says. “So if there is an hour where the wind is down and you are not getting your electricity, we will give you compensation for having to go in the market to buy it.”

In the solar energy space, an innovative insurance product combines managing the unpredictability of the solar radiation itself with the performance of the equipment, such as the solar panels and cells. While the latter is a less unpredictable risk, Brown says the combined production guarantees product has proved popular over the past few years.

“Together with our partner KWH Analytics, we have provided hedges for solar producers in the US that in effect guarantee a level of production, whether the shortfall in that level of production comes from lack of sunshine or poor performance of the physical asset itself. We have done that first on a pilot basis and now much more broadly across the US.”