Advancements in train travel are notoriously slow. So it is unexpected that railways could be the root of the first significant innovation in mass passenger transit in more than a century 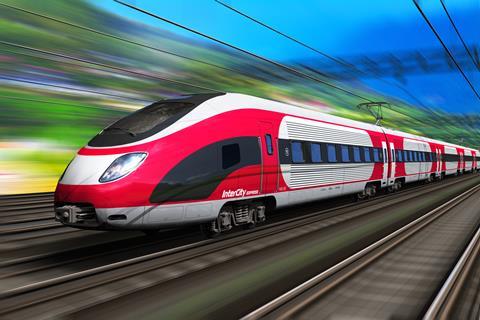 It’s easy to think of rail travel, which conjures up images of steam trains and carriages with swing doors, as an archaic way of getting around. But the train’s hay day may be just getting started.

China, for example, has spent billions on building thousands of miles of high-speed track criss-crossing the country, linking its remote cities.

Marc Schmassmann, a senior risk engineer at Swiss Re Corporate Solutions, says that, even with the advent of autonomous vehicles, trains are likely to play a crucial role in getting us from A to B in the future.

This, he explains, is because trains are getting faster and, by automating rail networks, even more trains will be able to run on the same length of track. “You basically have the same infrastructure, but you can increase the frequency of the train, and thus the capacity of the network” he says.

Driverless trains are nothing new. Schmassmann says there are already more than 50 fully automated metro lines operating across the world today.

“The benefits are really increased reliability, because they have a system that is better controlled, and especially frequency, meaning higher transportation capacities,” he says.

Mike George from broker Willis Towers Watson agrees. “The increasing automation of the rail network will mean increasing reliance on sensors, technology and automation providing greater capacity on the network,” he says.

The increasing automation of the rail network will mean increasing reliance on sensors, technology and automation providing greater capacity on the network

And it’s not just metro networks that have been automated. Mining firm Rio Tinto opened up a fully automated freight line running 280km across Western Australia.

Schmassmann says it’s only a matter of time before cross-country or inter-city passenger trains are automated.

Further, Schmassmann says those projects in China, which have led to the construction of thousands of miles of high-speed electric railway with new trains and signalling, will be easier to convert to driverless in the future.

But that could create a threat, says legal transport expert Jonathan Moss, a lawyer at DWF. He fears that signalling software could be hacked. He adds that insurers would need to develop products to deal with the catastrophic losses that could cause.

George also notes: “There will be a two-fold impact both on the future of work and how we work, both benefiting from the increased use of artificial intelligence. But this brings significant threat to rail operators in terms of susceptibility to cyber attack from criminals seeking to disrupt or terrorise.”

But that is a little way off yet.

Swiss Re Corporate Solutions’ Schmassmann explains that technical innovation is slow in the rail sector and acknowledged that there was a first-mover disadvantage, as those that were quickest to invest would also have the oldest system in the future.

“Implementation could take several years and in some cases, even decades,” he says.

In Europe, he says, older systems mean developers face far more challenges because they are having to bring a range of different technologies that were implemented at different times into line.

But automating trains, which can be extremely complicated, is not the only development coming down the line. Emission-free hydrogen trains have been developed and, while they may be more expensive to build, they are cheaper to run.

“The advantage of hydrogen is that you don’t need any changes, just some minor alterations in infrastructure,” explains Schmassmann.

“You can use the same tracks. You need to change the rolling stock, and in some cases only the locomotive – the first part of the rolling stock. For the rest you can still keep the old cars.”

If you want to move away from fuel technology, you have two options. One would be hydrogen, the other one would be the classic electrification

He adds: “If you want to move away from fuel technology, you have two options. One would be hydrogen, the other one would be the classic electrification.”

However, that could be about to change, with a number of firms – including one backed by Elon Musk – vying to become the first to introduce hyperloop, a train that runs at up to 1,200km/hr through an airless tube.

“That would be a really big game changer because speeds are totally different,” Schmassmann says.

But, he adds, there’s a question mark over whether the so-far unproven technology can even be considered rail due to the high speed and some new scenarios.

People have not travelled at those speeds on land before and that makes it difficult for insurers to underwrite, Schmassmann explains. “You have no historical loss data.”

But it’s more than that.

“You have aviation scenarios on the ground,” he says, explaining that issues that would normally be faced by aerospace underwriters, such as implosion risks at high speed, would be a rail hazard if the hyperloop is brought into use.

“In case of a loss, it would be catastrophic,” he says.