Contract certainty is always important for businesses, but the coronavirus crisis has shone a light on just how risky it can be when things go wrong.

The consequences when contract certainty is not in place can be severe, as Martin Hegelbach, Head Property & Specialty at Swiss Re Corporate Solutions, explains.

He says: “Complex perils like for example Suppliers Extensions (CBI), COVID-19 etc. can create huge issues for the insureds, for instance because the continuity of the business is interrupted. That’s why it is critical to have the certainty that insurers are able to pay out straight.

“If this contract certainty doesn’t exist it could potentially be life threatening for the insured. Businesses need to have an understanding of whether that contract with the Insurance Company is certain because at the end once a loss event has happened it becomes absolutely critical.” 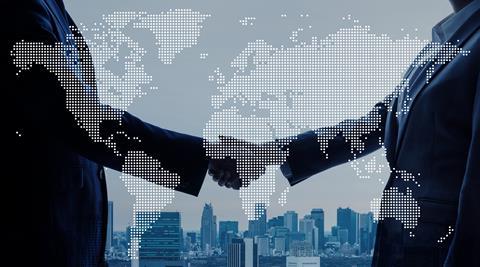 Of course, contract certainty is even more complex when it comes to international programmes. For businesses with multiple operations across different jurisdictions – working out what is covered is far from straightforward.

On top of that, different regulations, limits and contract wordings in each location can mean that it is hard to get global clarity.

The answer, says Hegelbach, is to create a programme where policies are consistent regardless of location and the contract wording is the same everywhere. This is something that Swiss Re Corporate Solutions has been developing with its new approach to international systems and it’s ONE Form framework. It ensures the highest possible alignment between master and local property policies – making the complex issuance processes faster and more efficient.

While there may be some instances where local regulations mean that contracts need to vary, he says this should be the exception rather than the rule.

He explains: “Under our ONE Form framework, contracts are only different if there is a local regulation that necessitates it. For example, if there is a terrorism coverage in France or another country where the legislation is different than to the United States, obviously we have to comply with.

“But at the same time, we don’t want to reflect this wider, tighter or specific coverage in the master policy, because it doesn’t make sense in the other countries and causes contract uncertainty. But other than these rare examples it is a back-to-back system.”

Creating consistency is just one way that technology can help with contract certainty. Other key benefits can include improved cashflow and better controls of documentation and compliance.

Unfortunately, some older international programmes, legacy systems, processes that are pieced together and conflicting technology as a result of mergers can lead to inefficiencies.

But modern systems and bespoke IT solutions should mean that when an organisation has to make a claim, it is paid quickly with the minimum possible interruption.

Hegelbach says: “The paper flow is very important from a compliance perspective, not just for us and our clients, but also for the brokers. If the broker is not compliant, then they have an error and omission risk because they bear the responsibility as well. Too often at the moment, intermediaries are heavily challenged by regulations simply because the programmes are so cumbersome.”

One final benefit that technology has had for modern international programmes is that it has made them more accessible, particularly for mid-sized companies and those based in less well-developed countries.

For example, modular approaches have meant that organisations can pick and choose the most relevant elements of a programme, making it far more affordable. For instance, a business could decide that it wants fire and Nat Cat protection, but not cyber, and build the programme that way.

Equally it means that businesses can group together coverages in one region (for instance South America) rather than having to insure each country individually. This approach means that firms can have the benefits of an international programme approach, without being priced out of the market.

Hegelbach concludes: “These smaller companies in these less developed countries have now access to the services we offered before to the Fortune 2000 and I think that’s a huge benefit.”

If you are interested in finding out more, visit Swiss Re Corporate Solutions’ International Programmes webpage.