One-way ticket to a green future

Climate change concerns are fuelling a change in direction as air travel industry explores environmentally friendlier alternatives. The risks of such innovation are high, but the greatest risk of all is standing still 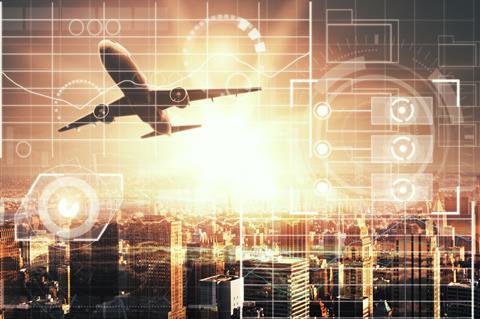 The way we travel is set to change. Global concerns for the environment mean that aircraft manufacturers, airline operators and even travel agents are under extreme pressure to transform their businesses models.

Patrick Smith, director at Acumen Advisory, says: “It is inevitable that environmentally friendly aircraft and air travel will become mandatory and that the risk to airlines and manufacturers will be ‘innovate or die’.”

“Just as has happened with road travel, it is entirely foreseeable that authorities, legislators and regulators will create practical and financial risks and rewards aligned to the progress made and standards reached in achieving environmentally sustainable flight.”

There is evidence that some forward-thinking companies have recognised the challenges and are beginning to innovate – particularly when it comes to aircraft design.

Manufacturers have made headway with electric planes powered by rechargeable batteries. Among them is Airbus’s two-seater E-fan plane, which has already successfully flown across the English Channel. This technology currently best suits small craft, but commercial hybrid-electric passenger flights are planned for the future.

There has also been a shift towards developing lightweight planes. Formerly built using aluminium, planes are increasingly cast in a lightweight composite material of carbon fibre mesh surrounded by a hard-plastic resin. Lighter planes require less fuel, ensuring these newer aircraft are better for the environment.

Alongside this there have been parallel innovations in engine design. New technologies exist that achieve more efficient thrust from lighter engines with fewer parts, which also turn more slowly. This results in 15–20% less fuel burn.

However, it is not clear that all airlines have managed to use these technologies to better protect the planet.

Shakeel Adam, managing director at airline consultant Aviado Partners, explains: “There is a structural problem in the industry. There is a fallacy that bigger is better, because bigger aircraft means lower unit costs.”

“The problem is that at some point airlines cannot fill these bigger aircraft profitably. So, the effective fuel burn per paying passenger is higher, not lower. Airlines try to hide this, intentionally or unintentionally, by filling those seats at deep discounts, artificially spreading the cost of the flight across more passengers. The industry has a long way to go in terms of its own education.”

Given the problems adapting to innovations the industry already has access to, it is unsurprising that some businesses have been struggling to see the way forward.

Before considering further innovations in aircraft materials and technology that could take a generation to develop, prove viable and bring to market, airlines have opportunities today to improve their carbon footprint while being more profitable.

This is particularly true when it comes to reducing single-use plastics, one of the hottest consumer topics of the moment.

A passenger from Europe to Australia will typically travel on four to six flights throughout the entire return journey. That’s up to six toothbrushes, eyeshades, headphones, amenity bags, etc. The potential to lower costs, reduce waste and save weight on the aircraft is enormous. A 1kg reduction of weight on all flights of a major airline would translate to millions of dollars in fuel burn saving each year.

Despite this opportunity, too many airlines are simply paying lip service to the concept of becoming environmentally friendly.

Adam notes: “Many airlines have recently reported testing flights with no single-use plastics, but so far these are just gimmicks.”

“On a flight last week, I couldn’t help but notice just how much waste there is. Too much cutlery given to premium cabin passengers, and no reuse. This means there is far too much redundant weight on the aircraft, and the environmental footprint of cleaning, transporting and storing all those items, plus the additional cost of security, shows the airlines are still far from being serious about cost reductions. One can name any airline in the world ­– the problem of excessive waste exists with all of them.”

Of course, this reluctance can be deadly. What the risk management sector has learnt over the past few decades is that organisations that fail to respond to changes within their market, often find themselves falling by the wayside.

And as pleasure passengers are increasingly swayed by environmental considerations and corporate passengers are driven by social responsibilities and carbon footprint commitments – airlines that fail to embrace sustainability initiatives are doomed to fail.

Conversely, those who embrace the new world have an opportunity to disrupt, create new business lines and even grab market share from competitors. We have seen this time and time again – just look at Amazon, Uber, Airbnb and Netflix.

Risk practitioners tend to focus too much on the traditional downside risks around regulation, safety, security and business continuity. Given the greatest risk is standing still, businesses, whether it be airports, airlines or others, must take more risks

Danny Wong, founder and CEO of Goat Risk Solutions, says: “The biggest risk to all businesses is trying to stay relevant in a rapidly changing world. For large incumbent businesses, they have the deepest resources but are often slowest to change. But companies like GE, Phillips, Rolls Royce, Tate & Lyle have all abandoned their old business models to become bigger, stronger and stay relevant.”

He continues: “Risk practitioners tend to focus too much on the traditional downside risks around regulation, safety, security and business continuity. Given the greatest risk is standing still, businesses, whether it be airports, airlines or others, must take more risks. These tend to be innovative and commercial in nature, whether you’re launching new technologies, entering new markets or joining new partnerships.”

For those that operate in the airline space, then, the question becomes how best to manage the risks that are associated with transforming your business.

Some of these risks can be quite esoteric, meaning risk managers will need to look holistically at both insurance and non-insurance solutions. These include risks such as cyber, reputation and even catastrophic failure. For instance, there is the risk that as aircrafts become better connected, they could be infiltrated and controlled by an external party.

Despite the complexities involved, there are solutions that can help risk managers better manage and mitigate the risks.

Smith says: “There is no reason to believe that the risks and exposures of new manufacture and technologies are not insurable. The challenge for insurers is two-fold. One, the insurer’s appetite to write business at the right price, with less historic data or pricing models that are more aligned to legacy arrangements. And two, the insurance buyer’s ability to clearly identify, quantify and articulate the risk exposures.”

Wong believes that risk transfer can play a role, but that the airline industry will need to work closely with insurers if it wants products that are well-priced and fit for purpose.

“From an insurance perspective, the industry will not have the expertise to assess the risks associated with the new technologies, so the cover will invariably be high, adding to the cost of introducing the new technology.”

Holistic thinking, innovation, joining dots between silos and thinking commercially – those are the skills that risk practitioners should be bringing to the table

“If the airplane manufacturers engage early enough in a partnering arrangement, perhaps the underwriters can gain inside knowledge to the risks, mitigations, controls and testing results, and be able to competitively price the insurance product and allocate/bundle the cost as part of the overall airplane.”

“Holistic thinking, innovation, joining dots between silos and thinking commercially – those are the skills that risk practitioners should be bringing to the table. Uniquely, risk is the only function that has access across the entire business. Risk managers are best placed to help businesses take new risks, but do so in a safer, more considered way.”