New technologies are revamping the renewable energy industry, enabling businesses to scale up production and achieve economies of scale. But new options, and even the better-established energies, still have some maturing to do 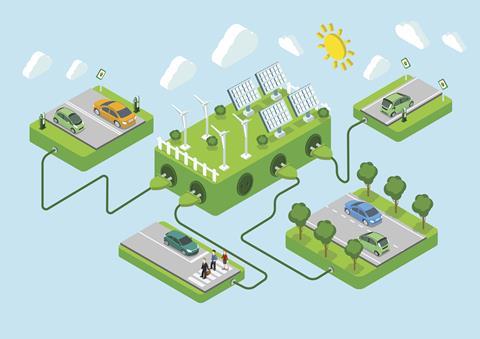 Renewable energy will play a pivotal role in meeting global climate goals. Switching to renewables, combined with energy efficiency, can achieve 90% of the emissions reduction needed by 2050, according to the International Renewable Energy Agency.

Furthermore, transitioning to renewable energy will boost global GDP by 0.8% by 2050 compared to current plans and policies, as well as $19 trillion in cumulative economic gains between 2015–2050.

For businesses, the core benefit of adopting renewable energy is reputational. “Using renewable energy will rarely lead to a financial saving, but it will enhance the psychological contract the company has with partners, customers and the general public, which is becoming increasingly important,” says Hans Læssøe, principal consultant at AKTUS and former risk manager at the LEGO Group.

“However, leveraging this in marketing is potentially dangerous as even minor slip-ups can be highlighted and blown out of proportion by tabloids and NGOs, and thereby hurt your reputation. So the general approach is to embrace renewable energy, talk about what you have achieved, and promise to continue to improve, but do not publish any targets you are not sure you can deliver on.”

Growing in the wind

According to the International Energy Agency, renewable energy is set to expand by 50% between 2019 and 2024. Solar accounts for almost 60% of this growth, followed by onshore wind at 25%. The exceptional growth in these two sectors is driven by the dramatic fall in costs of producing solar and wind energy, although technological developments have also improved efficiency.

Wind energy producers benefit from ever-larger wind turbines and technological advances such as floating turbines, which will give wind the potential to produce more than 100 GW globally by 2030, according to Norway-based Equinor (previously Statoil). The renewable developer is leading the way with its Hywind 2 project, a 30 MW wind turbine farm built on floating structures to the east of Scotland.

When the sun don’t shine

But a major issue with solar and wind power in particular is the intermittent production: energy is produced when the sun shines or the wind blows, but production may halt during the wrong weather conditions.

Further improvements to energy storage is therefore essential to unlock the full potential of renewable energy. Innovations in the battery space include a rechargeable battery for solar panels. Created by researchers at Ohio State University, the battery is built into the solar panel itself, rather than operating as two standalone systems. This will make it 20% more efficient and 25% cheaper than other batteries on the market.

Other options, other challenges

Although solar and wind energy are leading the way, new technologies are opening up more opportunities for other forms of renewable energy as well.

Responsible for the largest chunk of renewable energy generated, hydropower is a mature power generation technology that was first deployed in 1882. However, modern technologies can drastically reduce installation and civil works costs. One such innovation is modular hydropower, which uses separate, similar components that can be constructed off-site then easily integrated into new or existing sites and scaled to greater capacity. The new technology has been used in Massachusetts, US to build a 24-foot-long, 16-foot-high prototype dam, composed of six precast blocks.

Biomass will also grow but at a lower level, as the technology is less straightforward than for solar or wind. “From a technological point of view, biomass is more complex, as the biological waste needs to be transformed,” explains Thomas Raetzo, senior underwriting expert renewables at Swiss Re Corporate Solutions. “It is also not a constant fuel – it changes depending on the composition. And depending on what the fuel is, it may also emit toxic gasses, which creates another challenge for the equipment.”

However, a new technology known as hydrothermal carbonisation can convert high-moisture biomass into solid fuels with coal-like properties using moderate temperatures and high pressures, which would remove some of these difficulties.

Geothermal energy, meanwhile, has historically been limited to areas near tectonic plate boundaries, but Sweden-based Climeon plans to make geothermal power as accessible as solar and wind by using low-temperature heat. The new technology operates in temperatures between 70–120 °C and uses the temperature differences between hot and cold water to produce electricity.