As tech innovation continues in the renewable energy space and projects scale ever bigger, conventional insurance options are unable to keep up and insurers are now wondering – what’s next? 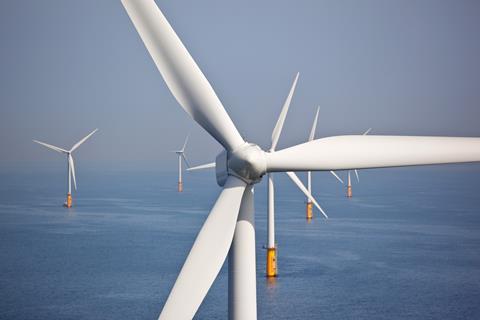 Technological advances have created a myriad of opportunities for renewable energies and play an important role in the growth prospects for the industry. But renewable energy projects become larger and more complex, the risks around building and maintaining them increase.

For wind-related projects in particular, the rapid upscaling of technology is a key risk. A massive growth in technology has enabled wind turbines to grow ever larger – the largest onshore turbine, the Cypress 5.3 MW prototype, has a 158-metre rotor diameter and can generate enough electricity to power the equivalent of 5,000 European homes.

But innovative technologies such as floating turbines or bigger turbine models are often prototypical. This represents a big risk to the developers and may prove a challenge from an insurance point of view. Bespoke insurance solutions need to be found and in some instances cover may not be available if the risk is considered entrepreneurial.

“The risk is that early versions are rolled out or scaled at pace without appropriate testing or where problems have not been appropriately addressed,” says Danny Wong, founder of GOAT Risk Solutions. “The governance around the product may not be stringent especially in non-regulated sectors and those that choose to adopt these new ideas may not fully appreciate the risks involved. Those that adopt new technologies must do their due diligence, their own product testing and be patient that bugs will be found.”

Natural catastrophes are another key risk to renewable energy projects. In May 2019, a hail storm damaged 13,000 solar panels at a 160 MW solar farm in West Texas, US at an estimated insured loss of $70m–$80m.

Lightning strikes are a common cause of damage to offshore wind farms, due to their exposed location, height and complexity. “Lightning damage to a blade is a common claim, ranging in severity from cosmetic repairs to blade replacements being required, which is becoming costlier as the blades increase in length and value based on the new turbines with greater MW capacity,” says Duncan Gordon, renewable energy specialist at Gallagher.

Earthquakes and hurricanes pose risks, too, particularly in Asia, where many countries are keen to develop their offshore wind capacity. Taiwan and Japan, for example, plan to install 5 GW and 6 GW of offshore wind capacity, respectively. However, the two countries have a higher chance of being affected by tropical cyclones than anywhere else in the world. Taiwan encounters an average of 3–4 typhoons a year, while Japan witnesses 2–3.

Time up for conventional cover?

This creates a challenge for the insurance industry, as reinsurers and insurers need to manage their aggregated exposure and can therefore only write a certain amount of catastrophe business in any one area.

“It becomes an accumulation issue,” says Guido Benz, head of engineering and construction at Swiss Re Corporate Solutions. “And if you look at the speed at which the offshore wind sector is growing in Taiwan, China and Japan, then there’s a question mark around that and whether the conventional insurance products that we have today will be sufficient to deal with those exposures.”

“At Swiss Re, we’ve been actively engaged in providing insurance to offshore wind farm projects in Taiwan, China and the wider region, because it’s a growth area,” Benz adds. “The question is, how long can we be as active as we are today? Will we arrive at a point where we say we’ve maximised the net capacity that we are willing to deploy?”

Getting on the grid

For large projects, grid stabilisation is a concern as well. As more renewable energy is generated, problems with the grid increase due to the big fluctuation in renewable energy production.

Jack Dobson-Smith, public affairs and communications officer at the Solar Trade Association, notes: “Gaining grid connection, certainly for large-scale projects, can be quite tricky. A developer may have found a suitable site, but if the infrastructure is not there, it can be difficult to connect to the grid. Even if the infrastructure is there, you might not be able to connect as much solar as you want.”

Lobbying groups such as the STA speak regularly to the network operators to ensure they understand the challenges and make the changes needed. Furthermore, technological advances in renewable energy storage, while still having a way to go, will help manage the fluctuation in production.