The changing face of product recall

As both products and supply chains become more complex, is it surprising that recalls between manufacturers and their suppliers are more common? 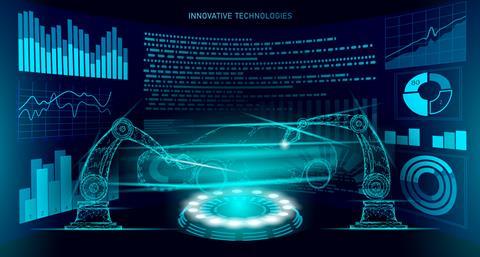 In 2014, Takata, the now-insolvent Japanese automotive parts company, held a 22% share of the airbag market globally. Then, in May 2015, US Department of Transportation’s National Highway Traffic Safety Administration announced the National Recall of Takata Air Bags. To date, vehicles made by 19 different automakers have been recalled in the US due to the faulty airbags, which could deploy explosively, posing a threat to passengers.

“Ten years ago, if we were only looking at the US market for automotive, the number of recalls per year was something like 10 million, maximum 20 million, units per year,” says Eric Hu, senior risk engineer, casualty, at Swiss Re Corporate Solutions. “But from 2014 to 2016 there were around 50 million vehicles recalled each year, for three years consecutively.”

While Takata has been a major driver for the increase in automotive recalls, other factors are also responsible, including the growing complexity of products. “Even after the Takata issue started to fade, you can still see more than 35 million cars were being recalled each year in the US,” says Hu. “In general, the trend is very similar to the food industry. We are seeing more and more recalls globally.”

The product has changed

“The product has become more complex,” Hu says. “In automotive, for instance, we have a lot more electronic components nowadays and all these new products have the potential for unexpected defects.”

Regulators around the world are flexing their muscles more in an effort to protect consumers, fining organisations that do not report defective issues to their customers in a timely manner. Meanwhile, the drive for ever-more efficient and lean supply chains has also had an impact.

“Supply chains are more globalised,” says Hu. “The manufacturing plants are moving to low-cost countries and focusing on mass production. But they’re hiring less experienced workers and quality management can sometimes be compromised. Supply chains have become so complicated and visibility is not so clear, especially when you go back to the tier 2 or tier 3 suppliers. It’s not always possible to trace where the defect has come from.”

He gives the example of a steel company that provides the raw material for a bearing manufacturer. When a fault was discovered with a gearbox, the manufacturer of the bearings could not identify which batch the steel had come from. As a result, it had to recall all of the components as a precaution.

“We see more and more recalls happening between the manufacturers and their suppliers,” says Hu. “And it has broadened into the concept of guarantee or warranty coverage.”

What can we do?

Hu advises manufacturers to have strong quality management protocols that extend to their major suppliers. A dedicated recall department and scenario testing can help prepare the different departments for how they will respond if a recall is needed. Meanwhile, Swiss Re Corporate Solutions monitors recall trends around the world, informing its global clients of any new and evolving trends.

“If there is a recall in the US, there will probably be the same kind of issue in Europe and China,” he says. “These days there is greater awareness among consumers than in the past, due to social media. If something goes wrong, the news quickly spreads.”

A proactive response can protect an organisation’s brand and reputation. Hu gives the example of McDonalds in China, which acted quickly to remove all affected products when it was discovered a key supplier had been providing expired meat. The response from the public was extremely positive, given the fast food chain’s transparency and swift action. “The faster you can respond, the better you can mitigate the risk and downsides to your reputation.”