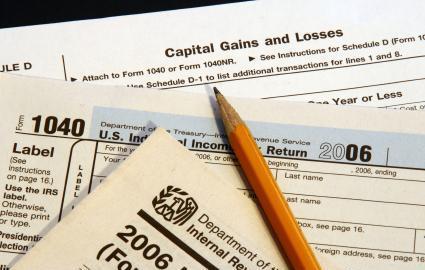 Global insurance policies could create tax and regulatory nightmares for the international companies that buy them to take advantage of their purchasing power and create consistency of cover across their operations, European risk managers heard on Tuesday at the biennial Forum of the Federation of European Risk Management Associations (FERMA), taking place this week in Geneva.

Under the title Insurance Taxes: a fiendish nightmare, a FERMA workshop considered the problems that face companies because of the need to comply with national insurance regulation and taxation in every territory where there are insured risks, no matter where the policy is issued.

Pierre Cambier, president of the Belgian Risk Management Association (BELRIM), said the risks for the insurance buyer were increased taxes, penalties for infringements and increased attention from the tax authorities for all the company’s tax issues. Insurers including direct captives, he said, had the same exposures with the added threat of loss of their licences.

“There is increasing pressure from stakeholders for compliance in all the countries where the company operates.” said Cambier. “The risk manager needs to warn the board of directors and internal audit that 100 percent compliance is not possible at reasonable cost.”

For this reason, Praveen Sharma, head of regulatory and compliance, for Aon Global Risk Consulting in the United Kingdom, said: “It is a regulatory nightmare. It is not a tax nightmare.” He urged companies to concentrate on becoming compliant in the most sensitive geographic areas and lines of business to keep costs in proportion.

This demand for compliance has focused attention on an issue which is not new but which has developed as global business has grown and companies have looked for consistency of cover and limits that are not available by insuring purely in national markets.

Issues include the problems of allocating portions of the premiums paid on global policies to subsidiaries and, hence, where insurance premium taxes should be paid, and tax deductibility of those premiums, if the company underwriting the global policy is not authorised in the local market. Likewise, if the insurer is not permitted to operate in the local market, it may not be able to pay claims direct to the subsidiary, which could create financial, account and tax disadvantages.

It is so complicated to manage that Zurich Global Corporate has four in-house lawyers, two business analysts, two global insurance premium tax experts and 120 consultant law firms keeping a database of insurance regulation and tax rules for 200 countries up to date, Urs Luethy, head of the company’s property team, told the workshop.

Praveen Sharma argued for a single, central database of global insurance tax and regulation information that the whole industry could use, rather than a series of expensive, duplicated efforts.

Franck Baron, chairman of the FERMA Forum 2007 and vice-president of FERMA commented: “Managing compliance risks is part of the core responsibility of the risk manager. If compliance is not a key aspect of company strategy, then it has to accept the consequences.”