Guy Verhofstadt, MEP: The European Union must reform or die

Unanimity rules in the EU are stifling innovation and so reform must happen as fast as possible, says Guy Verhofstadt, MEP and former Prime Minister of Belgium

The European Union is in grave danger of further countries leaving the block unless it can reform – and quickly, says Guy Verhofstadt, an MEP and the former Prime Minister of Belgium.

He was addressing an audience of over 600 risk managers at the Ferma conference in Berlin. 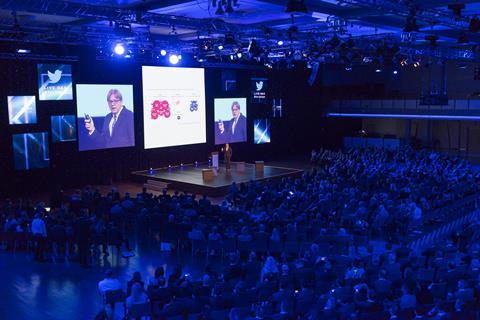 He said that you only need to look at the European response to the 2008 financial crisis and compare it with the response from the USA to see why the Union needs to make significant changes to how it operates in order to survive.

He said: “You have to ask yourself ‘how is it possible that the Americans can act in nine months and launch a huge programme worth about $2.5trillion but after nine years we are still discussing the banking union, the redemption fund, and whether we need quantitative easing in Europe and are still infighting and we are still absolutely not prepared for the next financial crisis?’

He argued that if the EU is still operating on the same model in just five years’ time, we will hear renewed calls from members states who want to destroy the union and to leave the European project as a whole.

In particular, Verhofstadt says that the unanimity rules, which the EU operates under need to be revolutionised, so that the European parliament can make decisions by a majority rather than only when every single member state is in agreement.

He said that currently the system is stifling innovation and forcing digital companies, the technology sector and the energy industry to move to other markets.

This is because the internal market is not fit for purpose and ignores 35 per cent of goods and services.

He said: “Because of this unanimity the German market is limited to a number of classical industrial goods and services but not the services of the future and the consequences are devastating.”

He pointed to Spotify launching in America as an example of the failings of the current system. He explained that to launch in Europe Spotify (a Swedish company) would have needed 28 identical authorisations and contracts with 130 mobile operators, but in the US it needed just one authorisation from the SCC and deals with three networks.

As well as stifling innovation, Verhofstadt says that unanimity rules are responsible for the failure to prepare for the next financial crisis, the failure to solve the Greek debt problem and the reason we cannot reform the Dublin system, which deals with migration.

As well as removing unanimity, he is also calling for the way the EU is funded to be transformed so that the budget is financed by citizens and corporations rather than by member state contributions.

“Europe is a civilisation. When you go from The Atlantic towards the Volga, you will see the same architecture, the same literature, the same languages and the same traditions, and that is - in the world of tomorrow - what we have to combine and where we have to co-operate.

“If we do it - we will succeed, and we will win and then we will have our place between the empires of the world. But if we don’t do it, then Brexit will be followed by other exits.”