Not only should we not have been surprised by the Russian invasion of Ukraine, we are entering a new era in which the rules of the post Cold War era no longer apply. In such an environment, business leaders and risk managers must strive to keep up and shoulder new responsibilities.

This is according to Henry Wilkinson chief intelligence officer at Dragonfly. Russia’s actions in Ukraine have been a wake-up call for business leaders that a new world order is dawning, bringing with it great uncertainty and volatility, he tells StrategicRISK.

For Wilkinson, just returned from a global security and crisis management conference in Vienna, it is clear that non-specialists are waking up to the fact we are operating in a new environment. 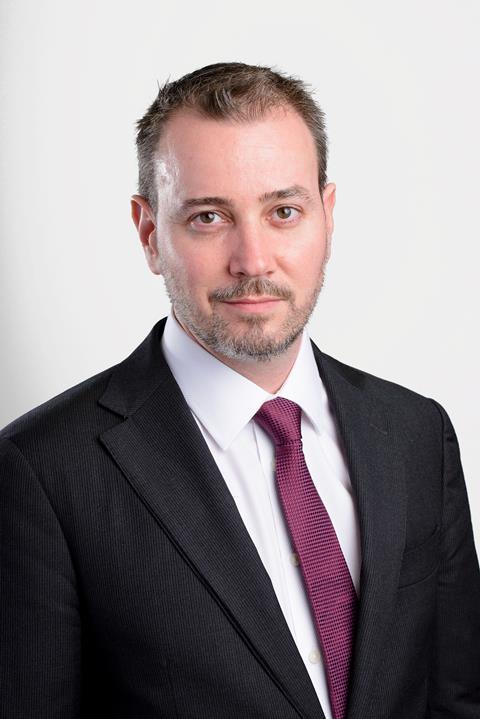 “When states like Russia flagrantly break the rules or when Syria uses chemical weapons, and not much is done to punish them for it, all sorts of red lines get crossed and it has a very destabilising effect. And that’s when new behaviour starts.”

The fact stock markets reacted so violently to the February invasion tells him the destabilising effects of Putin’s war had not been adequately appreciated. “The kind of conceptions of how international relations and geopolitics has worked in the post Cold War era is no longer relevant,” he tells StrategicRISK.

“Up until now, most global businesses have been used to doing business in a fairly liberal rules-based international order where there’s a high level of economic interdependence. But of course, now we’re seeing a much less rules-based order which is increasingly dominated by rising authoritarian powers who are motivated by power and control.

“Many people have really been slow to wake up to that reality, and that’s why many thought Putin was bluffing.”

The unrest in Sri Lanka is indicative of the kind of social violence that could spread to other parts of the world as a result of growing inequality, rising commodity prices and political instability.

Wilkinson points out that the Arab Spring that ripped through the MENA region in the early 2010s was triggered by rising food prices with a contagion that spread to countries that were facing similar issues at the time.

“Sri Lanka was almost the prototypical example of the kind of scenarios that people should anticipate where you have all these converging pressures of high inflation, the scarcity of goods, and worsening standards and more authoritarian styles of governance - a longer trend which accelerated during the pandemic as a way of suppressing populations and preventing issues from bubbling up.”

In 2016, Wilkinson authored a report for the Lloyd’s Market on this very topic, described the phenomenon as a ‘pandemic’ of political violence and noting that new approaches of risk assessment were necessary in order to better understand the speed and complexity with which social unrest can spread.

Since then, we have seen examples around the world - including in Chile, Hong Kong and South Africa - of how quickly a disillusioned populous can mobilise in an era of social media. Iran offers the latest example of how governments are increasingly willing to remove or restrict access to social media as a means of cracking down on dissent.

“You’re in a very dangerous situation where civil liberties start to be restricted and the ability for people to express themselves and channel grievances becomes restricted,” says Wilkinson.

“It adds to the pressure cooker effect, which is exactly what we saw in the Arab Spring where issues build up and all you need is a few cracks to cause something explosive.”

As we look ahead to 2023, he anticipates a similar scenario could arise in the countries of the former Soviet Union, pointing to recent clashes in Kazakhstan and noting Belarus as a particular flashpoint, along with some of the Central Asian nations.

“A lot of these systems are heavily reliant on Russian patronage and stability, when that starts to unravel you begin to see fault lines emerging. The issue of frozen conflicts destabilising and warming up becomes a real issue and there are several of those in Russia’s geopolitical orbit.”

Historical border disputes could rouse in other parts of the world, such as China with India, Pakistan with India, China with Taiwan, Sudan and Egypt, ‘fractures in the Levant’ and Iran and Gulf States.

“You can start sketch out quite a detailed map where if States start asserting territorial claims, because that becomes the norm, and the international community is too overstretched to deal with them, you’ve got a real problem.”

A year ago, the IMF and other bodies were anticipating 2022 would be the year of recovery and rebound. But the world has once again ‘seismically’ changed, thinks Wilkinson.

What were once consider to be high impact, low frequency, Black Swan-type events are now the norm. “These are risks that lend themselves to quite exceptional measures,” he says. “And that means that business leaders and risk managers need new decision-making frameworks and new ways of understanding the intelligence they receive.”

“For any kind of future planning, the uncertainty is very difficult and of course, all of this is riding on the coattails of the pandemic and how that’s altered how businesses perceive their supply chains, their resilience and - of course - the many cascading second and third order effects on economies and societies that COVID had.”

As businesses respond to a more volatile world, many are redrawing their supply chains, near-shoring and ‘friend-shoring’ key suppliers in countries that are political allies, for instance.

“Businesses are taking steps to try and reduce the complexity and uncertainty and that’s easier to do if you have a smaller surface area,” says Wilkinson. “They want fewer points of failure in your networks - it’s a form of businesses battening down the hatches.”

Blurring the lines of business and politics

There is no longer a universal set of rules, and the geopolitical environment is looking increasingly fragmented. As a result, the new world order is upping the ante on the private sector to step in and lead on issues that necessitate international cooperation - in particular ESG and climate change.

While corporates were once keen to distance themselves from the world of politics, this is no longer a tenable position.

Whether it is questionable human rights or sanctions against Russia, the tide is turning on the influence the corporate sector must bring to bear. At the same time, government authorities in some parts of the world are pushing back and exerting pressure on the corporate world to remain neutral.

“Business leaders are increasingly being called upon to make a decision on where they stand over certain issues, such as Ukraine, China and Taiwan, same-sex marriage, climate change etc.

Do you try to maintain a position of strategic neutrality, which is what most businesses would prefer? But how sustainable is that and at what point does it become untenable or incompatible with your corporate values and brand?”

This brings both new responsibilities and exposures. Expert intelligence and insights will be needed so business leaders can better understand the shifting risk landscape and make more informed decisions.

And yet less than a third of boards actively consider geopolitical risks, points out Wilkinson. “When they do, they tend to look at geopolitics in a very reactive way, asking - for example - what the exposures are for a particular project and a new market entry.”

It needs to go much broader than that, he thinks. “They need a much better consideration of the kind of scenarios that could unfold and how that may impact their strategy, preparedness and resilience.

”When you have a system where the rules can no longer be relied upon, and guarantees start to look unstable, you have some significant threats emanating from that which could potentially change both the global economy and even how we live.”