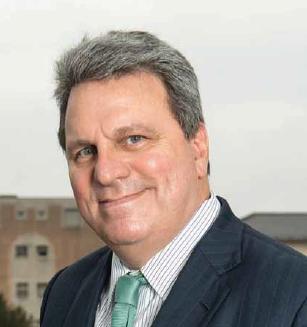 Leaning back in his chair, Jorge Luzzi smiles. Despite being one of the busiest practitioners in the world of risk, he exudes the relaxed air of a man at peace with himself. His demeanour serves him well. As director of corporate risk management at tyre manufacturer Pirelli, Luzzi’s workload is demanding enough but, such is his dedication to promoting and enhancing his profession, one major role is not enough.

Luzzi is also in his second and final year as president of the Federation of European Risk Management Associations (Ferma). During his time at the helm, he has seen the association make some significant changes, not least by encouraging greater interaction with members.

While Luzzi admits combining two tough jobs is challenging, he shows no sign of slowing down towards the end of his final term in office. He is heavily involved with preparations for Ferma’s bi-annual conference in Maastricht in October. But before that, Luzzi is wrestling with the thorny issue of bringing to fruition the association’s ambitious plan for a pan-European education certification system.

The concept was unveiled at Ferma’s symposium in Versailles last autumn and Luzzi is firmly behind the idea, despite the fact that getting it off the ground is fraught with complexity and political sensitivity. “I am very enthusiastic about the certification project,” he says. “However, we need to cross-check everything with our national members to see if there is real interest and support.

“I believe there is, but Ferma has hired an independent consultant from outside to undertake a feasibility study. A number of national associations already do something in this area and although it is not exactly the same as certification, we don’t want to be competing with our members.”

For the time being, Ferma has no intention of becoming an education body “because we don’t have the capacity”, Luzzi says. But that could change in the long term. “In 10 years’ time, it is feasible that Ferma might be operating very closely with universities and other educational establishments,” he says.

As Ferma president, Luzzi is overseeing a certification drive, which is being led internally by a team comprising experienced board members Michel Denerry, Julia Graham and Isabel Martinez. Once the independent consultant has finished getting feedback from members, the working team will report to the Ferma board in June.

As the process is still under way, Luzzi will not be drawn on feedback received so far from the various associations and their members, but he remains confident. “A lot of people have expressed an interest in pan-European certification. I believe it will go ahead and it will be fantastic,” he says.

Such certification would offer many benefits, but the difficulty lies in offering something that rewards both younger practitioners for their studies while also recognising the experience of more established professionals.

“We now have many risk managers who have the benefit of years of experience, which has brought them knowledge in terms of dealing with claims or contractual problems,” Luzzi says.

“We want our certification to help young people become risk managers, to certify something that already exists and to show that this person is a practitioner of this profession and has all the knowledge to do it – and is something that can be recognised across Europe.”

This, he says, should enhance the status of certified risk managers within their respective companies and allow for better board engagement. “A serious board will welcome this,” he says.

Who is the risk manager?

Part of the problem, though, is the vexing question of determining exactly who the risk manager really is.

“There is a lot of discussion going on within many large European companies at the moment about this,” Luzzi says. “In my opinion, the final enterprise risk manager of any company is the chief executive. But, equally, auditors often perceive themselves as having a risk management function.

“In some companies, the concept of a risk committee works fantastically well and allows them to dig really deeply, together with the financial risk manager, the compliance risk manager and the corporate governance risk manager. Together they bring to the committee all their collective knowledge about what is going on. In many cases the enterprise risk manager is the one who checks on the various owners of risk who are spread around the company.

This, Luzzi believes, presents the organisation with a challenge and forms part of the reasoning behind the pan-European certification drive.

“We need to help equilibrate these figures and turn our members into genuine risk managers who can understand and adopt the general risk management approach,” he says.

However, Luzzi is realistic and pragmatic enough to accept that Ferma must remain democratic if it is to be effective. “Some 80% of Ferma members come from insurance management and we need to be in line with the majority membership when we are looking at issues,” he says.

“If we decided tomorrow that we would focus only on non-insurable risk or corporate governance and enterprise risk management, and we then forget our membership base, then I think we would lose a large number of our members,” says Luzzi. “That would put at risk our support network, which comprises mostly of insurers and brokers and others who are related to the insurance market.

“Risk management and risk engineering is changing and increasing its scope all the time, but we have to be careful as an organisation that we don’t forget who most of our members are. Tackling this will be a problem for me until the end of my mandate.” Relaxing back into his chair again, Luzzi glances at the ceiling and smiles, before adding: “And then it will become a problem for my successor!”