London 2012: The greatest show on earth

When the Olympic and Paralympic Games came to a close last month, the UK had two reasons to celebrate: its impressive medal tally and a near incident-free event. But staging the games certainly wasn’t without challenges 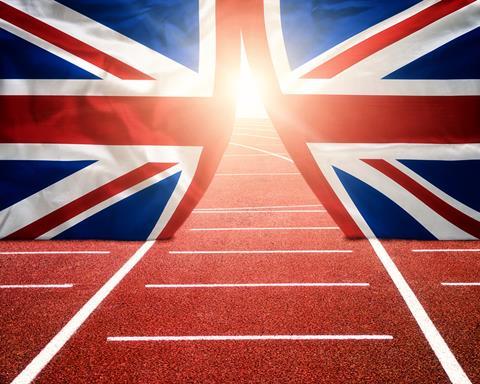 After years of planning, this summer’s London 2012 Olympic and Paralympic Games finally took place amid worldwide acclaim. The capital successfully staged two Games that defied media cynicism and public anxiety about security and transport, and brought some relief to a recession-hit nation.

The road to the Games wasn’t always easy. The day after the city had been awarded the right to host the world’s biggest sporting event, Londoners were reminded of the threat posed by terrorists after a series of co-ordinated suicide attacks killed 52 people across the capital on 7 July 2005. Soon after the horror of the attacks had sunk in, questions were already being asked about the significant problems in providing security for the forthcoming London Olympics.

Lessons learnt from the 7/7 bombings were drawn upon in policing this summer’s Games, and a two-day live exercise in the run-up to the events sought to stress test the co-operation required between emergency services, Olympic organisers, City Hall, Transport for London (TfL) and counter-terrorism units.

The risks involved in government outsourcing were revealed to the world, however, when at the eleventh hour security firm G4S announced it was unable to fulfil its contract to provide enough security staff for the Games. The fiasco turned into a reputational nightmare for the company, after the army was called in to provide additional security at venues throughout the capital. The G4S share price nose-dived on news of the failings, and the company has subsequently pulled out of bidding for work on the 2014 FIFA World Cup in Brazil and the Rio 2016 Olympics.

Olympic Park challenges
Planning for the delivery of an Olympic Park in London’s East End had taken place ever since the Games were awarded. As cheers still echoed through the capital, the elation of bringing the Olympic flame to London for the first time since 1948 was muddled with a harsh realisation in government of the work that lay ahead, and the risk to the UK’s international image should it get it wrong.

Construction work began at the Stratford site to the east of the city in 2008 when the Olympic Delivery Authority (ODA) oversaw the removal of 52 electricity pylons from the site. According to ODA chief risk officer David Law, the unutterable word among colleagues at the time was, “Wembley”, referring to the national football stadium’s farcical construction that was delivered three years late and £425m over-budget. As a result, the ODA was always going to be under the most intense scrutiny to ensure the Olympic Park was delivered on time and to budget.

Stakeholder buy-in was key to the programme’s success. According to Law: “The early challenge was carrying our many different stakeholders with us, be they government stakeholders, various Olympic-type bodies, or UK sporting bodies. We had to persuade them that we were competent enough to build the park.”

With the stakes so high, all of this had to be done in the glare of the media spotlight and the scrutiny of the Department for Culture

Media and Sport (DCMS). Knowing that the timetable was immovable, the ODA decided to complete the park 12 months prior to the start of the Games to allow for snagging and give time to test the venues. “We were monitoring the effectiveness of the individual
management of each programme. We were reporting regularly on the various scheduled performance index measures that allowed us to ascertain the performance of each project at any one point in time. As a whole, the programme has probably been one of the best examples of British construction that you could possibly dream of,” Law says.

Ahead of schedule
As a result of this strategic planning, many of the major venues were completed ahead of schedule. The new London velopark hosted the UCI Track Cycling World Cup Classics in February this year, while the London aquatics centre, which was completed in February 2011, had hosted several events prior to the Olympic qualifiers. These international competitions enabled the London Organising Committee of the Olympic and Paralympic Games (LOCOG) to examine factors such as the field of play, results, scoring and timing systems, as well as key operational procedures and functions long before the flame was lit in the Olympic Stadium.

Transport was the number-one concern for the International Olympic Committee when reviewing London’s bid. In the period leading up to the Games, however, more than £6bn was spent upgrading the capital’s aged infrastructure.

This money no doubt helped the Tube successfully carry more than 60 million passengers during the Olympics, a 30% increase on the same period in 2011. But there were other factors involved in keeping London’s transport network flowing. The uninterrupted stream of travellers was possible partly because there were three peak times during which the Olympic village let people in and out. This helped relieve pressure on peak-hour commutes and is one of the main reasons TfL broke so many records in terms of capacity during the Games.

‘Travel ambassadors’
One key concern was how to direct such high numbers of Games visitors who might have had no experience with the capital’s transport network, and who could potentially clog up major arteries in the event of service changes or disruptions. To combat this, TfL employed ‘travel ambassadors’ equipped with iPads to direct passengers and get travel information to them immediately. These were such a success, according to TfL head of risk and value David Hancock, that “in the long term we would think about retaining those for other major events”.

There were problems, however, with both the Central and Piccadilly lines on the Underground going down. But Hancock says the contingency plans put in place worked so well that no Games visitors missed any of their events. “One of the successes is the network itself because there are many ways to get to Stratford Park. There was a lot of redundancy built in the network for people to get there.”

The success of London’s transport networks was also helped by senior figures, such as London Mayor Boris Johnson, warning commuters “to avoid London if possible”. In the weeks leading up to the Olympics, underground passengers were bombarded with announcements and signs encouraging them to change their travel plans during the Games. The resulting lower footfall in London contributed towards UK retail sales falling 0.4% in August on a like-for-like basis with the same period in 2011. This raises the question of whether Games organisers could have prepared too much for the event. But the potentially disastrous outcomes had they acted otherwise would appear to suggest not.

Lasting legacy?
If the ODA built the park, then LOCOG put on the show, and what a show it was. But in years to come, the success of this year’s Games will be measured in terms of its legacy rather than the execution of the Olympic and Paralympic events themselves. One thing that has often been forgotten among all the cheers for the Olympic medal winners is the rising cost of the Games. The UK is in the midst of a double-dip recession, but the Games’ budget tripled to more than £9.3bn.

Although overruns are typical for large projects like this and often occur when the host ‘strategically lowballs’ the true cost of the event, this is still no small figure. The ODA has said previously that for every £1 spent, 75p was invested into the legacy of the Games. Only if this statement holds true in decades to come will London 2012 be considered to have been a real triumph.

Transport facts during the Games

During the 27 competition days of the Olympic and Paralympic Games, the network carried record numbers of passengers and ran extra services on the Tube, DLR and Overground: