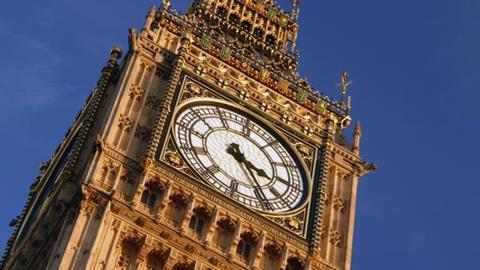 Could the decision open a window for claims in breach of contract?

The House of Lords recently decided to unanimously uphold an earlier Court of Appeal judgment and dismiss all claims for symptomless pleural plaques whether or not accompanied by psychiatric conditions.

David Ireland, managing director of Vinci Insurance Services, the in-house risk department for construction company Vinci, doesn’t expect a great deal of change in the number of disease related claims he sees as a result of the ruling.

The former AIRMIC chairman (2001/02) commented on the judgment: “I think it’s a fair decision. Nobody has a problem with paying compensation, but with pleural plaques there has never been an injury as such.”

“When I was AIRMIC chairman I expressed the view that there should be a complete review of employer’s liability (EL)—because the number of insurers writing new EL business was dropping off as a result of the costs associated with disease related claims. I said, and still believe, that we should start thinking of splitting the accident from the disease and look at different ways of funding for these risks.”

Insurers have applauded the decision, Steve Thomas, technical claims manager, Zurich—which in 2004 helped bring the test case for the asbestos-related condition—said: "The insurance industry has a responsibility to compensate people who’ve suffered an injury and not to pay out policyholders’ money for a condition that causes no symptoms and that cannot develop into any other condition such as lung cancer or mesothelioma.”

Deloitte estimated that the ruling may reduce future claims to insurance companies by up to £1.4bn in relation to their UK asbestos liabilities.

“While the insurance industry will undoubtedly celebrate this financial victory, it has come at the expense of all those victims who had faith in our justice system.

Martin Bare, president of the Association of Personal Injury Lawyers

The House of Lords position is that proof of damages is an essential element in claims for negligence and that neither the plaques themselves, nor the risk of future illness, nor anxiety about the possibility of that risk materialising, amount to actionable damage.

The Lords’ appellate committee had in mind that save in exceptional cases, pleural plaques would never cause any symptoms, and did not increase the susceptibility of the claimants to other diseases or shorten their expectation of life.

The committee considered the wider problems that would ensue if the law were to be extended to permit those with an apprehension of future illness to recover damages. Some on the committee expressed regret that claimants with genuine risks and fears should be denied a remedy. But Lord Hoffmann noted that the prediction of disastrous consequences for society was "debatable".

Martin Bare, president of the Association of Personal Injury Lawyers (APIL) said he felt extreme sympathy and sadness for the victims, and deep disappointment that the Lords had refused to recognise the trauma and suffering caused by pleural plaques.

He said: “While the insurance industry will undoubtedly celebrate this financial victory, it has come at the expense of all those victims who had faith in our justice system.”

But Brendan Baxter a lawyer with Reynolds Porter Chamberlain LLP believes the ruling has opened the window for a potential new line of argument, namely that claimants could sue for breach of contract.

“There is an implied term in employment contracts that staff will have a safe working environment. Exposing them to asbestos dust would breach this term.

He explained: “There is an implied term in employment contracts that staff will have a safe working environment. Exposing them to asbestos dust would breach this term.”

“Claimants may well decide to go down this contractual route rather than fight on with their existing cases.”

Although the extent of damages for claims with a contractual basis is unclear, Baxter believes far more people could decide to take legal action because they wouldn’t need to prove they had developed pleural plaques in order to sue for contractual damages.

“Unfortunately for insurers and employers, [the House of Lords] judgment is unlikely to be the end of the story,” he said.

Whilst in agreement with dismissing the appeals, Lord Scott of the appellate committee also noted the possibility that claimants could bring claims in breach of contract, although he conceded that his comments were no more than "speculation".