Part of a property and casualty risks series supported by 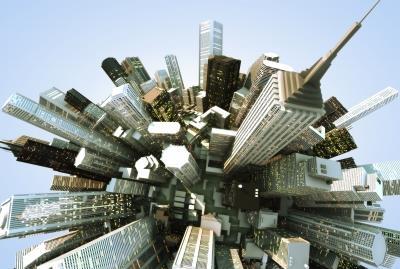 Earthquakes and other natural disasters are well known for creating the greatest damage in cities. Further, the bigger and more concentrated the city, the greater the damage in terms of infrastructure, commercial and residential property and lost lives.

Meteorological historians have long said that hostile weather leaves a trail of damage in direct proportion to the extent of urban density. When hurricane hazel and its successors swept into North America between 1954 and 1956, they almost wiped out entire communities across an area from Virginia to Ontario. The combined damage was estimated at about $10bn (€9bn).

Almost 40 years later, in late August 1992, hurricane Andrew showed once again the truism that the density of developments multiplies the damage. After it had done its work in Dade County, disaster economists estimated the damage at between $25bn and $40bn. However, they believed the cost would likely have been twice as high had the category- four storm made landfall only 32km further south, where industrial and residential densities were higher.

The battering suffered by New Orleans from hurricane Katrina in 2005 raised the economic bar to unprecedented heights. The full economic damage may never be known, but the repair and reconstruction costs have been estimated at between $105bn and $150bn. Finally, two years ago, hurricane sandy exacted about $50bn in damage when it hit the US east Coast.

Thus, the inevitable logic is that the rise of the mega-city poses unique risk challenges.

As the Global Commission on Economy and Climate points out, a major and unstoppable migration to cities is under way that is adding about 1.4 million new residents every week. (This is equivalent to the entire population of Stockholm.) At this rate, by 2050, the commission estimates the planet’s urban population will reach about 2.5 billion. Most people will then be living in cities.

Thirty-six mega-cities already have populations of 10 million or more, including the capitals of London and Tokyo. Growing at a high rate are a further 291 emerging cities, mainly situated in Asia, with populations of one to 10 million. However, as the commission points out, most of these urban conglomerations are growing in a sprawling and uncoordinated manner, without due attention to planning, quality of construction, environmental concerns, transport or much else.

Sprawl results in greater congestion, accident and air pollution costs. It also locks in inefficiently high levels of energy consumption and makes it harder to implement more efficient models of waste management and district heating,” concludes the commission in its latest study.

“New modelling for this report shows that the incremental external costs of sprawl in the US are about US$400bn per year, owing to increased costs of providing public services, higher capital requirements for infrastructure, lower overall resource productivity, and accident and pollution damages.” The costs are higher in rapidly urbanising countries, and particularly China, where resources are more limited.

Although the commission focuses on greenhouse gas emissions and other environmental matters, it points out that the above issues are closely interrelated. Unplanned urban growth poses significant challenges for city administrations and insurers. Moreover, for the latter, the quality of new infrastructure, both public and private, is of paramount importance.

As AIG’s loss prevention specialists and future-looking data analysts are aware, some promising initiatives are in the pipeline, such as the new certification programme for public- private partnerships under development between the World Bank and APMG-International, a specialist in project management. A global project that essentially aims to deliver higher- quality infrastructure, the certification and training process is due to start from mid-2015.

As for the insurers responsible for providing the cover for high-value properties in tomorrow’s mega-cities, more robust infrastructure cannot come soon enough.

This article was taken from StrategicRISK’s guide to property and casualty risks supported by AIG. This guide can be viewed or downloaded here.