Paul Taylor’s risk management career has spanned nearly 40 years and has taken him across Europe, with some of the largest companies in big business. Who better, then, to take the reins as new Airmic chair? 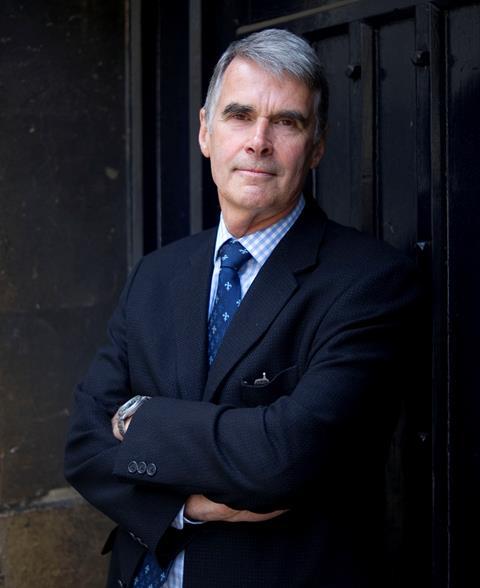 Life with FM Global took Taylor to France in the mid 1980s, where he broadened his skill base working as an underwriter. “I’d gone through all the disciplines apart from loss adjustment,” he says.

When he joined, Argo had seen its fair share of ‘incidents’, says Taylor, and the Anglo-Franco-American leadership wanted to see what they could do to improve their risk management. “I put in place an approach to improve the protection and control of risks in the paper facilities,” Taylor says.

Going through a radical cultural change in the business was a major challenge, but one occasion in particular sticks out in his mind.

“One of the senior business managers stood up in a meeting and said something along the lines of: ‘When I first looked at what Paul was doing I thought it was a complete load of rubbish, but gradually I started to understand it.’ Getting hearts and minds onside is really important. Without that, risk management doesn’t really work.

“It’s hard though, because people think money spent on risk management is dead money; they think it’s better to invest in something else like better equipment. If they haven’t had a recent incident, they think it won’t happen to them.”

Taylor enjoys the challenge of entering a company and embedding a new approach to risk management, but he believes that once things get going the business itself should be able to give it the momentum it needs to run.

“I’ve been lucky with all the companies I’ve worked for to be able to come in with a mandate to make some important changes,” he says. “But once those major changes have been made, the role becomes more of a routine, and that requires a different skill set. At that point, it becomes slightly less interesting for me because the majority of the risk management should be managed from within the business.

“It can take from two to five years to put the basic processes in place so that you have a level of maturity that is self-sustaining. To really embed risk management in the psyche of the business and optimise the benefits, you can add on a few more years to that.”

‘People think money spent on risk management is dead money. if they haven’t had a recent incident they think it won’t happen to them’ − Paul Taylor Armic

Taylor’s next move took him to Excel Logistics, where the chief executive asked him to go and stabilise one of the group’s businesses in France: a network of food distribution warehouses across the country. “The business was in a bad financial state and it was haemorrhaging people,” Taylor says. “I was completely out of my comfort zone and it was a trial by fire. But I worked with the general manager and we managed to get things back on track.

“I enjoyed it in a masochistic kind of way. It was the most stressful part of my career. Every decision was a fire-fighting decision. It was absolute chaos and I made some good decisions and some bad ones. It was a real insight into the stresses and challenges of managing a business.”

Taylor came back to the UK in 2002 for a role with retail group Kingfisher, where he had much more responsibility for corporate governance and compliance, but in 2003 he was made redundant in a restructure. His next role took him to Switzerland, working for food processing and packaging company Tetra Laval. “The methodology I picked up at Kingfisher was developed and improved. That was branded as ‘Tetra Risk’ and I put that in place. My group team was beefed up to five so we could drive that into the business.”

Taylor spent five years at Tetra Laval and he remembers it fondly. “I worked in Lausanne and I had a five-mile drive to work with a view of Lac Lemon. It was a wonderful place for cycling, skiing, and the Swiss wine is pretty good.”

In 2008, Taylor once again returned to home shores and joined Morgan Crucible, a FTSE 250 company that makes ceramic and carbon components. Here, Taylor sets the strategy for risk management control.

With good risk management, Taylor believes companies can produce a discipline for thinking about risk and reward. “With it people make better decisions,” he says. “So you get more predictability about achieving business plans because you’ve thought about what can knock you off your course and you avoid unwanted surprises. That’s why a company has to ensure that its risk controls are embedded and effective.”

As the new chairman of Airmic, Taylor is looking for ways to help his profession survive and thrive in the future, and knowing what he knows about a career in risk management, Airmic is in safe hands.