Associations are drawing battle lines in the fight for risk manager certification, but are they missing the point? 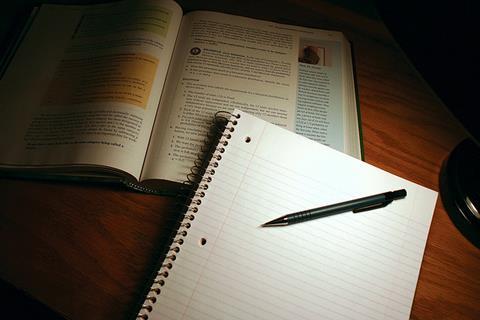 What defines a risk manager? It’s an interesting question and one that many in the profession are finding difficult to answer. A solution is out there though – and both Ferma and the CII believe they could have it.

In June it was revealed that Airmic had held ‘positive’ talks with the Chartered Insurance Institute (CII) in view of developing a Chartered Risk Manager status. Any plans are still very much at “development stage” according to David Ross, CII Director of Communications, and all interested parties are invited to help them satisfy “an appetite for a Chartered Risk Manager title to be created”.

Not to be left out, Ferma reacted few days later after stating its intention to encourage “formal recognition of the risk management profession” by introducing a pan-European certificate of professional competency. This venture is a little more complicated, however, since Ferma plans to work with its members to create two types of certificate; ‘professional’ for experienced risk managers, and ‘specialist’ for juniors.

These moves come amid increasing clamour from risk managers for formal recognition of the role, but some are concerned about the efficacy of these proposals, with some saying they will “set the industry back ten years at least”.

Starting with Ferma, some risk managers are concerned about the awareness of Ferma as an association outside of the risk community, particularly at board-level. Speaking on condition of anonymity, one risk manager told StrategicRISK: “those in the [risk management] industry might know what Ferma is, but I can guarantee you that no one on my board will”.

Chartered status, on the other hand, will resonate much more strongly with board members, particularly in Britain and in the Commonwealth, and would put risk managers on a standing akin to those of accountants, lawyers, and surveyors by being awarded confirmation of professional competency by an Institution that has been incorporated under Royal Charter.

John Windsor, head of insurance at Marks & Spencer told StrategicRISK that “[the] title of Chartered Risk Manager is both appropriate and long overdue. The majority of us will have qualified with the CII and will have many years practical experience in industry and commerce. The proposal put forward by AIRMIC to the CII has my full support.”

Ferma faces issues other than its perceived external anonymity. Matters are bound to be complex and political when Ferma passes judgement on the respective credibility of qualifications, especially across national borders. Establishing an independent third-party metric that employers can trust will not be easy, nor will explaining how it plans to assess the value of less well known exams.

Airmic has its reservations about the project, as evidenced by the decision to concentrate on establishing Chartered status with the CII. And there is more to it. However, while existing members of the CII might welcome the enterprise, it gives further concern to those who believe there to be an increasing shift by risk management associations towards the insurance sector. One senior European risk manager said that he no longer attended Ferma or Airmic events, because: “If I look at them, and if I look at who attends them it is 90% underwriting, broker, insurance. I would expect to see 10% insurance and 90% other information. Insurance is a part of risk management, but it is definitely not the most important part. Clearly we’re going in the wrong direction.”

Pointing out that Ferma and its member associations were insurance-buying bodies, he added: “I’m very concerned that [Ferma certification and Chartered Risk Manager status] might mean underwriter and insurance training. That is not the way things should go and if they do go that way it will put [the risk management profession] back ten years at least.”

Airmic’s decision to align itself with the CII and not the IRM in pursuing Chartered Risk Manager status will do nothing to allay those concerns. No one doubts the need for greater recognition of the risk manager’s role; however, many in the profession are asking why it isn’t the Institute of Risk Management that is leading the way.

The IRM stated its intention to pursue Chartered status back in its 2011 Annual Report, saying that its: “goal is to achieve 5,000 members plus a wider networked community by 2016, putting us in a position to seek Chartered status”. As the primary provider of risk management qualifications in the UK with in excess of 1,300 students – more than all the students on risk management courses in Europe’s universities and business schools combined – it would seem only logical to assume that it would be the most appropriate body to provide Chartered Risk Manager status.

While Ferma “does not plan to provide formal education but to set standards and to accredit suitable educational bodies who can meet these in different countries”,  the same cannot be said about the CII – an Institute which has provided educational materials and exams for the last 100 years. If the CII decides to rise to the challenge of offering Chartered Risk Manager status, then it will likely draw up a framework for achieving risk manager status with participating bodies, and over time provide a series of educational units which students can pass in order to attain this. This would establish the CII as a direct competitor to the IRM.

It needs to be questioned whether the politics surrounding qualifications and certification is simply muddying already opaque waters. After all, there are so many stakeholders in risk management, including insurance, auditing, accounting, finance, legal et al, and each of the professional bodies representing these individual (and more established) vocations has a slightly different take on the role and the responsibilities of risk management.

Competition is a good thing but it is important not to lose sight of the main point – namely, what defines a risk manager? The ambiguity surrounding the issue of certifying risk management is as complex as the profession itself. While it is unlikely there will be a one-size-fits-all answer, a solution that is ‘best for the industry’ will only be reached if all governing bodies work in unison rather than discord. And the sooner an industry-wide answer is found, the faster risk managers will be taken seriously.

Do you think qualifications alone will help promote the risk management profession? Please add your comments below.