Sumatra quake may have broken up Indian Ocean plate 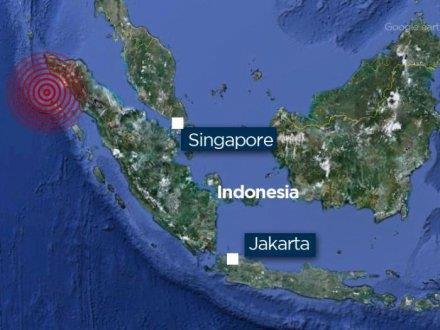 Scientists have found that the series of earthquakes that struck off the coast of Sumatra in April may have resulted in a split in the Indo-Australian tectonic plate.

The biggest of the tremors measured 8.7 on the Richter scale and was just one of many immense tremors that struck on 11 April 2012.

Dr Matthias Delescluse of École normale supérieure said the process had, however, started 8 to 10 million years ago and is likely to take as much time again until it transforms into a proper boundary.

The friction along these boundaries results in the sudden release of stored energy which is the primary cause of many violent quakes.

The April tremors occurred directly on the Indo-Australian plate, in the region of giant deformations and multiple faulting.

Dr Delescluse said that Australia and India had multiple faults between them, and the plate was being subject to enormous stress in the middle, confirming that a lot of faults in the Indian Ocean are presently active.