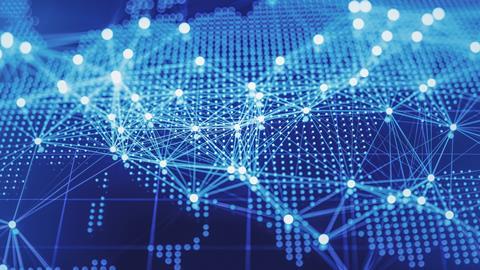 The risks and opportunities of cross-border energy sharing

Damage to deep-sea cables - such as those servicing offshore wind projects - has been a major driver of losses within the renewable sector. As grids seek to import and export more of their power via interconnectors, there is an opportunity to learn from these losses

In an effort to collectively meet their targets under the Paris Agreement, EU leaders pledged that renewable energy sources would fulfil at least 27% of energy consumption needs by 2030. Cross-border energy sharing - in particular connecting isolated energy systems - is a big part of boosting the security of electricity supply and integrating more renewables into the energy markets.

Such interconnections will allow transmission system operators to better balance their national grid performance. Speaking to Danish newspaper Copenhagen Post, Denmark’s energy minister Lars Christian Lilleholt said the power connections were essential for small nations such as Denmark. “We will have the opportunity to sell out surplus green energy on a larger market. Meanwhile, we will get a larger supply of energy to Denmark when the wind is not blowing and the sun is not shining.”

The construction of interconnectors like the Viking Link is a significant undertaking with risks and exposures that have already been highlighted by the offshore wind sector, according to Andrew Norris, senior engineering underwriter, Swiss Re Corporate Solutions. “Interconnector cables are complex things to design, construct, transport and service. They face the full range of physical damage risks.”

“We have seen cables with material design defects during manufacture which were probably never capable of the service they were intended for,” he continues. “We have seen others which have sunk while being towed by barge, causing delays to the project.”

One of the biggest issues with cable damage is the potential for substantial project delays during the construction phase, and business interruption during the operational phase. “With offshore cables you work during the summer months,” explains Norris. “So you might only have a few months delay, but actually that could take you into the winter season and then you may have to wait until the following summer.”

Another issue is the limited number of specialist vessels available to transport and service the cables. If damage is caused by anchor strike or wear and tear it may take several weeks to secure the equipment needed to respond. “It’s prudent for risk managers to have preferred supplier agreements with vessel operators that equipment will be available in your time of need,” thinks Dan Nicholls, production and broking specialist at Miller. “Because if your cable gets struck, there’s only a finite number available.”

Other ways of mitigating potential damage to interconnector cables once they have been laid is to wrap them in concrete - a process called “mattressing” - remove any nearby debris, such as shipwrecks, and clearly mark where the cables are on maritime maps. However, it is the complex challenge of moving subsea assets into place that is the critical moment in most projects.

“If a cable has bent beyond the recommended minimum radius it may not actually have any external damage that is visible to the human eye, but its a problem we have time and time again,” says Norris. “If observations show that a cable is bent beyond its minimum bending radius,  it’s potentially compromised and it can cost $5 to $10 million dollars to repair it. Sometimes these cables are then put into service and they might work for several years until one day they fail because it was compromised during that laying procedure.”

This is where the tripartite partnership approach between insurer, broker and insured can come into its own, with the opportunity to come up with innovative solutions. Faced with the potential that a cable had become compromised during the construction of a floating offshore wind array in Scotland, the claims experts came up with a solution that prevented any costly delays.

“We came up with a agreement with the insured that if, within a certain limitation period, there was a failure event that was at that location and could be equated with that potential damage, then we would honour the claim,” explains Norris. “But if not, then after six years that would be the end of the matter and we would close our book on it.”