Terrorist threats have become an inescapable aspect of modern life and, as these leading terrorism experts argue, countries cannot take their safety for granted - whatever action they take to minimise the risks 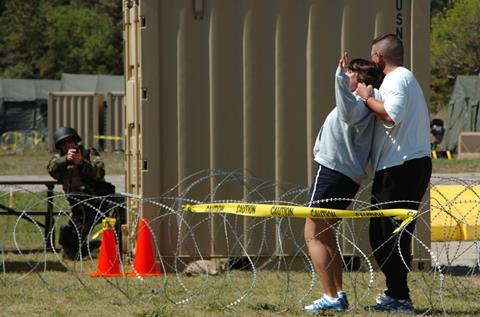 Despite recent talk of a “strategic victory”, 10 years on from the attacks of 9/11 Islamic fundamentalism is still the major terrorist threat to Europe. “Any statement that al-Qaeda is a spent force should be treated with real scepticism,” says Maplecroft associate director Anthony Skinner.

The only deaths from terrorism in the UK since the bombings of 7 July 2005 have been in Northern Ireland. And while dissident republicans - and similar groups such as Basque separatists - may pose a risk to life, they are not capable of the massive attacks that have been perpetrated or attempted by Islamic fundamentalists.

Return of the Troubles

After some quiet years following the success of the peace process, terror is back in Northern Ireland. MI5 currently rates the risk of an attack by dissident republican groups in the province as ‘severe’ and ‘substantial’ on mainland UK.

According to security minister David Ford, both the Real IRA and the Continuity IRA have improved their bomb-making techniques. A bomb abandoned in north Belfast last year had the capacity to kill hundreds.

“The threat is less from al-Qaeda, which is in a lot of trouble, and more from groups or individuals inspired by al-Qaeda or what al-Qaeda represents,” says Steve Hewitt, senior lecturer in American and Canadian Studies at the University of Birmingham and author of The British War on Terror: Terrorism and Counter-Terrorism on the Home Front since 9-11.

“Statistically, Islamist terrorism is less of a threat than ethno-nationalist terrorism, but the difference is that Islamist violence tends to be more spectacular, with higher losses of life.”

In the aftermath of the killing of al-Qaeda’s leader Osama bin Laden the global terrorism threat has become much more diverse but no less severe, according to a new report by Risk Management Solutions (RMS).

On the one-decade anniversary of the September 11 terrorist attacks, the report analyses the way terrorism risk management has evolved. It surmises that the assassination of Osama bin Laden caused a blow to the global “Jihadist” movement that could change the threat landscape. More than 2,400 “macro terrorism” attacks have been committed in the past 10 years, according to RMS. These attacks have extended beyond the Middle East and South Asia hot spots, spreading to more than 40 countries worldwide.

Terrorism risk may have dispersed but the way it is managed has also progressed over the past decade, says the report. “The insurance industry has become much more comfortable using loss models to manage terrorism risk,” says Peter Ulrich, senior vice president of emerging solutions at RMS. “Insurers are managing accumulations using realistic scenarios and event-specific footprints to monitor exposure across multiple lines of business.”

Figures released in 2009 by Europol showed that more than 99% of terrorist attacks in Europe between 2006 and 2009 were carried out by non-Muslims, and out of a total of 1,009 terror suspects arrested continent-wide in 2008 only 187 of them were arrested in relation to Islamist terrorism. However, the scale of the Islamist threat far outweighs other political violence.

“It’s very hard to measure the scale of the threat,” says Skinner. “It very much depends what is in the pipeline and although we are seeing a surge in al-Qaeda-inspired activity in North Africa, Yemen, Iraq and Nigeria, it is difficult to predict where an attack might happen or what the scale might be. “It’s very hard to spot an individual acting alone,” he continues, “and in that sense the intelligence services are on the back foot.”

One of the most significant problems facing counter- terrorism is identifying the individuals that pose a risk. Time and time again attacks have been carried out by cells made up of people previously unknown to law enforcement - including the 7/7 bombers, Timothy McVeigh and most recently Anders Behring Breivik in Norway. These so-called ‘clean skins’ take full advantage of their invisibility, and attacks are almost impossible to stop unless the perpetrator makes a mistake and is picked up by surveillance.

To combat this, intelligence services have dramatically improved the sophistication of operations since 9/11 - particularly their eavesdropping on internet, cellphone and other communications activity. But the truth remains that in an open society a terrorist acting as a lone wolf can be almost impossible to spot, until they act.

With the death of Osama bin Laden on 2 May, many might have been tempted to interpret the killing as a full stop to the end of the al-Qaeda era. That would be a mistake.

While it’s true that, alongside bin Laden, many of al-Qaeda’s most important figures have been killed and had their networks disrupted by the US and its allies - particularly through drone attacks on the Afghan/Pakistan border - their influence endures.

That’s because al-Qaeda was never the single organisation run on a tight hierarchy that many imagined. It was akin to a venture capital firm, providing finance, training and, most importantly, ideological inspiration to groups that made contact.

As such it continues to inspire Islamic fundamentalists, particularly in Yemen, Somalia and Maghreb, all of which represent serious emerging threats.

“If there are attacks, they’d likely be against public transportation networks or other soft targets because those carrying them out increasingly seem to be amateurs or even individuals,” says Hewitt. “There is a fear of a Mumbai-style attack but the lack of easy accessibility to weaponry might mitigate against that.”

Other vulnerable industries include any multinationals working in the defence industry, energy or infrastructure. “What they want is a high-profile, headline-grabbing target,” says Skinner.

“At some level there has to be an acceptance in a free society that nothing can ever be 100% risk-free, so it becomes better to have plans in place in the event of an attack,” says Hewitt. “Luckily, terrorists seem to want to go after better-protected targets instead of lesser-protected so-called ‘soft targets’. Part of that seems to be about a desire for maximum publicity but also an effort to send a message that no one can ever really be safe.”

Although there hasn’t been a major fundamentalist attack in mainland Europe since the London bombings in 2005, the developing political context still makes attacks likely.

“The increasingly polarised climate in Europe, with the emergence of far right parties in a number of countries and rhetoric and legislation directed against all or some Muslims, makes the situation far more volatile,” says Hewitt. “It plays into a key al-Qaeda narrative in which Muslims are under attack and can never really be at home in Western democratic countries. In that sense, I’m much more optimistic about countries such as Canada and the United States that have a history of accepting and integrating immigrants from around the world. European countries seem to be still at an earlier stage of trying to figure out how they will adapt to changing populations.”

Hewitt highlights the increasing divisions within European countries. “Falling into far-right politics, repression and exclusion is one path, but it strikes me as going nowhere except to more polarised societies. And the greater the polarisation and alienation, the more true extremists are aided in their recruitment of individuals willing to engage in violent extremism,” he says.

However, having a mainstream outlet for anti-immigration sentiment may be taking some of the sting out of the threat posed by the far right. “Having a legitimate outlet for the right, a political channel, does limit recruitment when compared to militant Islam,” says Skinner.

The threat of political violence remains a fact of life in the West, but it is almost impossible to quantify as a risk. All we know is that terrorist attacks happen - unpredictably and infrequently - but when they do, they can destroy businesses, kill hundreds and destabilise the whole of society.