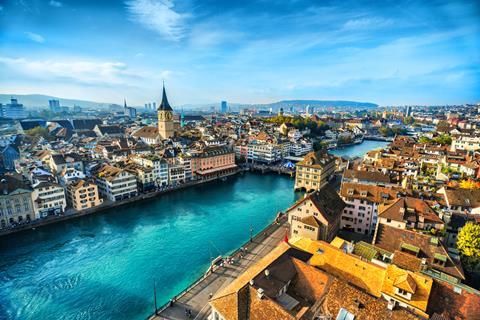 Switzerland, Luxembourg and Sweden occupy the podium of the top three countries ranked globally by resilience, according to an index provided by FM Global.

Switzerland (Zurich, pictured) scored a perfect 100 score in the resilience table produced by the mutual insurer.

Sweden owed its third place overall to gaining the highest score for supply chain visibility – the ability to track and trace consignments across the supply chain – supported by low corruption and quality local suppliers.

Second-placed Luxembourg is an attractive domicile for London-based firms setting up Continental European subsidiaries because of Brexit, FM Global noted.

“Building resilience is about minimising vulnerability to loss while strengthening the ability to recover from it,” said FM Global.

The US mutual insurer picked Luxembourg itself as its Continental European hub, following the UK’s referendum decision to leave the European Union, which is expected to take place in March 2019.

Norway, Austria, Denmark and Finland also made the top 10 regionally and globally (see ranking below).

Ukraine, Moldova and Albania, made up the bottom ranks in Europe, in descending order.

“The headlines from 2017 may highlight hurricanes and cyber risk, but other sources of disruption continue to strike,” FM Global warned.

“The Manchester terror attack and Grenfell Tower tragedy in the UK, the deadly earthquakes in Mexico, and the massive wildfires in Canada, California, southern Europe and Russia all focus attention on the continuous and global need for business to remain resilient,” the insurer added.

Below are the top and bottom ends of Europe’s league table, snipped from the insurer’s resilience ranking. 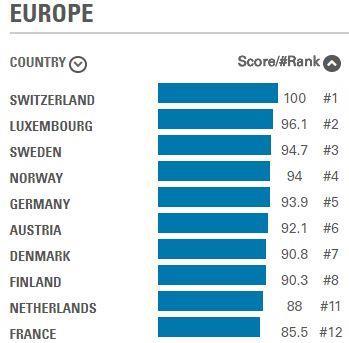 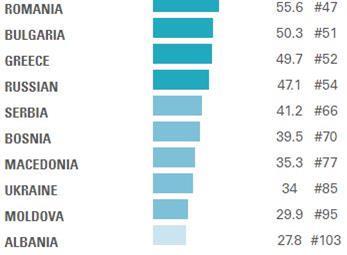