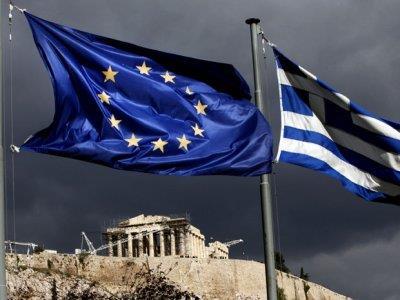 Workers walked out of offices and factories across Greece today to mark the beginning of a 48-hour general strike in protest against a new round of cuts that they say will hurt the poorest in the community and cause the economy to collapse.

The strike has been organised by two of the county’s biggest labour organisations. The ADEDY (Public sector) and GSEE (private sector) joined forces on Tuesday morning and marched on Syntagma Square. They were later joined by the communist workers union, PAME.

Strikers hope to put pressure on Greek MPs to vote against tomorrow’s €13.5bn austerity vote, however, the country needs parliamentary approval of the package before the European Union and International Monetary Fund will release an additional €31bn of aid.

Major disruption has been caused across the country after roads were gridlocked with people making their own ways to work. Schools and local government offices also shut across the country, and hospitals made do with emergency staffing.

Greece has already had to endure several rounds of austerity that has shrunk the economy by 20%. Earlier this week, StrategicRISK reported that more Greeks were living in poverty than Iranians.

The protest remained peaceful throughout Tuesday, but it is expected that numbers will be larger tomorrow with greater disruption caused to the country’s infrastructure and transportation networks.