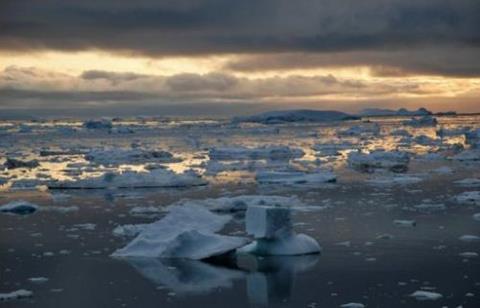 Greenland’s vast ice sheet has melted more in four days than has been recorded in the last three decades of observation, Nasa has claimed.

Satellite images revealed that thawed ice surged from 40% to 97% of the total area of the sheet in 100 hours.

Greenland’s highest and coldest point, Summit station, also experienced some thawing -  an event not seen since 1889 according to ice records.

While Greenland usually experiences significant melt during the summer months, scientists have described the rate and coverage of the phenomena as “extraordinary”.

“When we see melt in places that we haven’t seen before, at least in a long period of time, it makes you sit up and ask what’s happening,” revealed Nasa’s chief scientist Waleed Abdalati.

“It’s a big signal, the meaning of which we’re going to sort out for years to come.”

The most extensive melting observed in the past three decades has been around 55% of the total ice area.

Abdalati went on to say that because the nature of the melting is unprecedented, Nasa is not yet able to confirm whether or not it was an unusual natural occurence, or the the result of man-made climate change.

The melt comes in the wake of a sheet of ice twice the size of Manhattan last week breaking away from Greenland.

Is this thawing a freak occurence, or are we seeing a rapid acceleration in the effects of man-made climate change?

Have your say on this story using the comment box below.