Today’s complex global economy makes the effect on businesses of violent weather events such as Superstorm Sandy more destructive, but there are ways to minimise the dangers 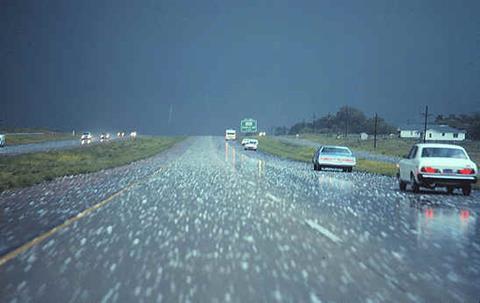 As Europe headed into winter, the economic devastation wrought by Superstorm Sandy across the Caribbean and US Eastern Seaboard, showed once again the threat posed by the violence of nature to commerce, as well as to people.

With economies becoming more complex and interconnected, the extent of the damage from storms, floods, snow, earthquakes and other natural phenomena grows with each hostile event. According to risk analysis firm Maplecroft, last year’s global bill was £242bn (€301.46bn), the highest on record.

European businesses are now facing the season of windstorms, which occur most frequently in January. Known as extra-tropical cyclones, they track across the North Atlantic Ocean towards western Europe, building power as they go. Second only to American tropical storms like Sandy in terms of losses in natural catastrophe insurance, windstorms will hit Europe between four or five times this winter, judging by the frequency of such events over the past decade or so.

Just before the end of the millennium, windstorm Lothar devastated Switzerland, Germany and France, causing €8.22bn in damage. Erwin and Gero hit northern Europe in 2005, and cost €1.9bn and €510m, respectively. Kyrill swept over most of Europe in 2007 and left a damage bill of €3.65bn, and three years later, Xynthia’s exceptionally powerful winds hit Spain and southern France at a cost of €1.32bn. Dagmar then shut down businesses and power grids over much of Scandinavia in late December 2011, while Andrea persisted from November right into January of this year. Also in January 2012, Windstorm Ulli started in the US Midwest and went on to knock out businesses and transport across the UK.

And then there’s snow and ice. In February 2012, transport hubs shut down all over central and eastern Europe as a result of the biggest freeze for decades. And in late 2010, the heavy snowfalls caused by the Arctic Oscillation devastated urban transport systems and closed airports across much of the continent. According to a calculation by insurer RSA, the cost to the UK economy alone of the 2010 event was £4.8bn.

‘Climate experts forecast more frequent extreme weather and greater impact. Depending on how telecom providers handle this risk, there could be an increased impact on them’

The ripple effect
The havoc left by these events is spreading beyond traditionally hard-hit sectors such as transport. As companies grow more complex and interdependent, the mobile communications networks of European businesses - in effect, their lifeline - are becoming more vulnerable to hostile outbreaks of weather. Of last year’s 51 ‘significant incidents’ - that is, severe outages of electronic communication networks or services - in 11 European countries, many were attributable to the elements, according to October’s inaugural Annual Incident Report from the European Network and Information Security Agency (Enisa). These communications outages lasted nearly two days, on average. And, according to the report, “natural phenomena such as storms, floods and heavy snow”, regularly cut power for several hours at a time.

Europe’s vulnerability to such events is deepening. Only a fraction of European countries had proper reporting mechanisms in place last year, although, they are now getting up to speed. And, for this reason, Enisa report authors Dr Marnix Dekker and Dr Christoffer Karsberg said they expected the number of reported power and telecommunications outages to increase by a factor of 10 during 2012.

In the meantime, weather and other hostile natural phenomena in other regions now directly affect Europe because more and more businesses are exposed through subsidiary companies, or because they outsource production to local suppliers there. For instance, the 2011 Japanese earthquake and tsunami disaster badly hit European automotive suppliers and other industries that source goods from the area.

Similarly, Bangkok’s floods in October 2011 set back global production by 2.5%, according to a study by JP Morgan. (One-third of the world’s hard drives are produced in Bangkok). If a flood of similar proportions hit the Pearl River Delta in China, where 30% of the world’s electronics are produced, it would likely bring the global economy to a halt.

These knock-on risks to Europe are almost certain to increase. According to Maplecroft associate director Helen Hodge, referring to the Ring of Fire, Mekong Delta and other component manufacturing regions in Asia: “It is not really one risk in particular, but it is the combination of multiple risks that are prominent in this area.”

Companies dependent on the supply of commodities are always under threat from violent weather. For example, the global price of coal shot up in 2011 when Australian coal giants lost an estimated A$1bn (€816m) as record-high rainfall shut down mines in north-east Queensland. In the same year, the strongest La Niña in 30 years pushed up the prices of a variety of commodities from coffee beans to rubber.

Strategic foundations
In the case of manufacturers, one solution is to make sure to protect property - a factory, head office, laboratory, or other kind of bricks and mortar facility - that is vital to the company staying in business. Even the temporary loss of a key facility typically triggers numerous undesirable effects, such as falling share prices, threats to long-term supply contracts, reduced sales and loss of reputation. And as a study by insurer FM Global points out, bricks and mortar are more at risk than most managers believe. A factory, for example, will have a 39% chance of being knocked out by some kind of natural event over a 50-year life span.

But because of the high price of disruption, insurance products rarely offer adequate compensation. The implication is that businesses should build their key assets in ways that minimise the likelihood of being paralysed or destroyed by a natural disaster. Thus, Seagate Technology’s decision to locate its hard disk drive manufacturing unit on high ground near Bangkok meant it was able to maintain production throughout the floods. As a result, it increased market share when rival manufacturers around it were out of action.

This is why, out of sheer self-protection, more and more companies are keeping an eye on the weather. For instance, commodity traders pay close attention to meteorological reports on La Niña, among other natural phenomena. Similarly, real-time snow and ice reports are compulsory reading for the aviation, rail, distribution and hospitality industries among others.

As Superstorm Sandy revealed, no sector can escape the violence of nature but some are more vulnerable than others. Rail, aviation and other forms of transport, construction, retail, commodities, utilities, communications: all are in the eye of the storm.

“Climate experts forecast more frequent extreme weather and greater impact,” says Dr Marnix Dekker. “Depending on how the telecom providers handle this risk, there could be an increased impact on them. Trends like these, however, require analysis of data over a longer period of time, like two or three years.”

The study of economic loss from natural disasters is a relatively young discipline but developing rapidly. What we know for certain is that the economic cost has risen in the last half-century.

Is the weather getting more hostile? Not even the European Meteorological Society can say definitively, but it’s certain the complexities of modern commerce continue to increase the cost of disruption. Last year US president Barack Obama issued 99 official major disaster declarations, not because nature has become more violent, but because its violence is more destructive when there is more in nature’s path to destroy.