What are the legal implications of the UK leaving the EU?

As some politicians clamour for the UK to brexit, what would happen to the EU-derived laws? Would everything change or would it remain the same? 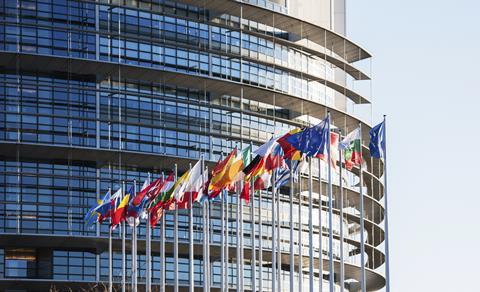 UK prime minister David Cameron has promised that should the Conservative Party win the next election in May 2015, he will seek to renegotiate the conditions of the UK’s EU membership and put the new terms to the public in an ‘in-out’ referendum in 2017. If he makes it that far, what will be the implications of a vote for a so-called ‘Brexit’?

In particular, what will happen to all EU-derived employment law: discrimination rights, holiday entitlement, duties to agency workers, data protection obligations, works councils and myriad other matters that have become entrenched in the UK legal system? Perhaps someone should tell Cameron – not to mention UK Independence Party supporters – that there are good arguments to suggest that little would change.

To some extent, what happens to UK employment law will depend on how the government tries to extricate itself from the EU. European law has been incorporated into UK law in a variety of ways. Some UK laws are secondary legislation, that is, regulations introduced by a government minister under powers granted by the European Communities Act 1972 (the statute enacted to incorporate EU law). One example is the Transfer of Undertakings (Protection of Employment) Regulations 2006 (TUPE), which implements Directive 2001/23. Other UK-implementing legislation, such as the Equality Act 2010, is primary legislation (that is, an Act of Parliament).

If the government simply repealed the European Communities Act, the regulations passed under it (for example, TUPE) would probably fall away. In contrast, freestanding acts of Parliament (for example, the Equality Act) would remain in force. The result would be inconsistent and confusing for businesses. Repealing all primary and secondary legislation in one swoop would result in an avalanche of legal changes for employers and their staff. A more realistic approach following an exit from the EU would be to maintain the status quo and address particular laws individually over time. This could be done by repealing them or merely tinkering to make them more palatable to the UK business environment.

If this happens, a major issue will be the post-exit treatment of European Court of Justice (ECJ) decisions. Presently, UK courts must interpret EU-derived legislation in accordance with ECJ rulings and a body of UK case law has built up that does so. On leaving the EU, the ECJ would no longer have jurisdiction and its future decisions would not be binding on UK courts. However, it seems likely that if the UK were to retain any laws originating from the EU (which is probable), the UK courts would still take account of future ECJ judgments as persuasive – albeit not binding – when ruling on those laws. In this case, the ECJ would continue to exert an appreciable influence.

A further complication concerns pre-existing case law. Past ECJ rulings have become entwined with UK court decisions and legislation. For example, ECJ decisions on what amounts to a TUPE transfer, that sex discrimination includes gender reassignment and that pregnancy discrimination is unlawful without the need for a comparator have been written into the law. Additionally, when taking into account ECJ decisions, UK courts have incorporated them into their own jurisprudence. For instance, the leading Supreme Court decision on the types of factor that might justify age discrimination depends on ECJ reasoning. Sometimes, UK courts go a long way to make UK legislation consistent with ECJ rulings. Prominent examples include recent cases on holiday pay in which the courts have read additional wording into the relevant UK legislation to give effect to ECJ decisions.

Past decisions remain binding on lower courts, subject to their ability to distinguish them because the particular facts of the case are different. Possibly, UK courts would treat the fact that they are no longer obliged to apply ECJ judgments as a materially different circumstance justifying a complete departure from previous rulings. However, it seems more likely that they would continue with many established doctrines (if for no other reason than to preserve legal certainty) – perhaps retreating from more extreme decisions that have required words to be read into legislation.

The ensuing period of uncertainty could prove a real headache for businesses. Employers would be unable to predict with any confidence whether the courts would feel obliged to follow or depart from existing precedents. There might be several conflicting lower court decisions until a case came before the Court of Appeal or Supreme Court and a binding precedent was set.

What if the UK were to get rid of all legislation of EU origin? Once deleted from the statute books, the related court decisions would be of merely historical interest. It seems unlikely that all EU law will be consigned to the UK’s legislative dustbin, for two main reasons.

First, both employers and employees consider much of the body of EU law to be a good thing. Most employers would not argue that they should be free to discriminate or even that there should be no right to paid holiday. In reality, a handful of laws would probably be scrapped owing to unpopularity (the Agency Workers Regulations being the most likely example) and some fairly minor modifications might be desirable for certain others.

Removing entire laws would be much easier from a legal perspective, because it would not give rise to the uncertainties discussed above; but on a practical level, it would engender many other issues. Even if employers and employees wanted to discard all existing EU legislation, large numbers of commercial agreements have been based on it. Abruptly terminating TUPE, for example, would cause havoc with commercial outsourcing arrangements, which all contain provisions based on the assumption that TUPE will operate to transfer the employees if the agreement terminates (and have been priced accordingly).

An even more compelling reason to retain the bulk of EU legislation is that the UK would want to stay in a relationship with the EU. It is the UK’s biggest export market and, as such, the UK will want some sort of free trade agreement with it. Practically speaking, the options for the UK would be either to join the European Economic Area (EEA), like Norway, or to negotiate bilateral agreements with the EU, like Switzerland.

The Swiss model does not offer much more hope to UK ‘eurosceptics’. Switzerland has more than 120 agreements with the EU – many of which incorporate EU law – and Swiss legislation often follows EU law, even in sectors not covered by these agreements. In practice, Switzerland has data protection, TUPE, discrimination, collective redundancy and working time laws and the Swiss courts often follow ECJ case law.

Even the most fundamental goal of many eurosceptics – namely to reduce EU immigration into the UK – may not be achievable under either of these types of arrangement. The free movement of persons is an integral part of the EEA agreement and Switzerland had also signed up to this principle. A recent Swiss referendum resulted in a vote to cap immigration, but this has put the entire basis of the bilateral agreements between Switzerland and the EU at risk, and it is not yet clear what type of arrangement may emerge from the renegotiation.

It is doubtless true that either as a part of the EEA or under bilateral agreements with the EU, the UK would be able to negotiate some exemptions from EU employment law. However, the EU would be reluctant to permit ‘social dumping’ and allow the UK to undercut EU states through lower employment standards (for example, removing paid holiday or scrapping collective redundancy consultation) while remaining part of the free market. The EEA agreement and the agreements with Switzerland allow these countries to access the single market only in return for signing up to significant portions of European law. France and Germany are especially unlikely to allow the UK – as a key competitor and larger economy than the existing EFTA countries – to gain a competitive advantage through free access to the EU market with lower levels of employment regulation.

Clearly, if the UK did scrap all EU-derived employment law and abandoned the free movement of persons, it would have major consequences on UK employers – and on businesses from other EU member states that work in the UK or are in competition with UK firms. However, the relatively minor changes that are, in our view, more likely would do little to exaggerate the already significant differences between the employment law regimes in different EU member states.

In short, even if the UK were to leave the EU, it seems unlikely that UK employment law will be transformed in significant ways.