As another CEO departs, what Zurich needs right now is consistency

Following a string of management changes and 8,000 redundancies, where does the insurer go from here, our sister publication Insurance Times asks 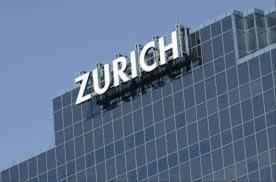 What are we on now? The third UK chief executive in 18 months following Friday’s news of Conor Brennan taking over from Vibhu Sharma.

The revolving doors have been spinning even faster one management layer down at Zurich UK personal lines.

Kay Martin was interim personal lines director for a few days before it emerged that she’s leaving to become Towergate’s commercial director.

Martin had temporarily taken over the bulk of responsibilities left behind by Patrick Cohen – he only lasted eight months.

As well as the management churn, parts of Zurich have undergone several organisational restructures in just a few years.

Take the personal lines division as an example.

Zurich seemingly can’t figure out what to do with Endsleigh, the personal lines broker it owns.

To make this happen, the role of personal lines and head of Endsleigh were combined.

Having given it all of two years, Zurich has decided to split the role up again.

Combine all these changes with the redundancies – 8,000 across the group, including cuts in the UK – and you have to wonder about what effect it is having on staff morale.

So where does Zurich go from here?

Starting with the UK, new boss Brennan may want to consider communicating a clear idea of what Zurich’s proposition is in the UK.

In commercial lines, Zurich is strong in corporate. But lower down the proposition is less clear.

Does it want to be a big player in SME or not? Group boss Greco appears keen on grabbing a larger slice of SME, but will this distract focus and energy from the specialist areas that it does well, such as engineering or public sector?

Expanding in a soft market is a treacherous game. Many have tried and failed.

In personal lines, it can’t be helpful changing strategy and management every 18 months. Brennan will want to address that issue.

Looking on the positive side, Zurich’s UK performance has been pretty solid over the last five years.

It has consistently delivered underwriting profits, barring last year where it had some unusually large claims.

A slimmed down Zurich

And at group level, what Greco can take comfort from is Zurich’s strengths - a wide suite of good products, a strong balance sheet, a pretty loyal customer base and some very good, experienced staff.

Profits of $875m in the first quarter, although 28% down from last year, beat analyst estimates and indicate a company with solid enough financial foundations.

This is a challenging dip, rather than a crisis which might lead to a slashed dividend or rights issue.

Greco plans to pull Zurich out of this dip by having a simplified business, one with, to use his own words, a ‘clearer line of sight between the top of the company and people looking after the customers.’

Non-life and life top management will be combined together as part of this vision.

That’s all well and good. But what the company really needs now is some consistency – perhaps Greco is the man to finally deliver it.