As interest in parametric solutions continues to grow, Thomas Keist of Swiss Re Corporate Solutions considers how they can be used in the context of a captive 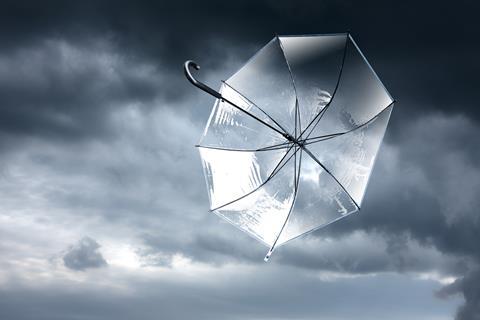 Interest in parametric risk transfer solutions is continuing to grow. The hard commercial insurance market and hunt for additional capacity are two reasons prompting clients to look for alternatives.

Climate change-related environmental risks are another crucial driver. While these may relate to temperature, precipitation, river water levels, droughts or floods, the most common risk covered by parametrics is for windstorms and hurricanes.

Parametrics that pay out based on natural parameters, such as wind speed for instance, can offer a useful carve-out solution from your property program for specific nat cat perils.

The added benefit is that payouts are immediate if a pre-agreed threshold is met, offering much-needed liquidity post loss.

Placing a parametric policy into a captive is not, however, a straightforward exercise. Here are four considerations for risk managers before you get started:

1. Know your appetite for basis risk

Placing parametric covers into a captive can be a complicated process. One thing which is well known regarding parametric insurance is that you have a so-called basis risk. This is the risk that the parent company experiences a loss, but the coverage does not get triggered.

On the other hand, if the basis risk is not acceptable to the insureds, and they want 100% indemnification for the losses they have, the captive might actually act as the transforming entity.

However, while in principle this is a consideration I see working for captives and parametrics, in real practice it is often a stumbling stone for captives when it comes to buying parametric insurance.

2. Using a sledgehammer to crack a nut

While parametric solutions have been around since the 1990s they are, in many instances, still relatively ‘rough’ and inexact, and tend not to be that customised to a specific insured’s risks.

Essentially, parametric coverage is viewed as more of a sledgehammer than a reflex hammer.

The main reason for this is that currently, parametric insurance providers make up a small number within the marketplace, and the entire concept remains niche compared to the huge commercial indemnity-based insurance market.

If you are a customer and also typically if you use a broker to place your risk and you decide you want to have a parametric solution, in order to get comparable offers from the market, the parametric needs to be quite commoditised.

One example is the “cat in a box” windstorm parametric product. With respect to windstorms, it is the most traditional commoditised coverage type.

Consider the Gulf of Mexico or the southeast US where many hurricanes strike. A tropical cyclone comes from the east, and you basically draw a circle or a box on the map to define where your exposures are as a corporate. If a certain category of hurricane (say, category 3 storm or above) goes through the box, you receive a fixed payout.

For such a solution your broker could approach ten insurers for a quote for a ‘cat in the box’ solution, for instance, that pays out $100m for a category five hurricane. And you can go with the cheapest offer. However, the basis risk for this type of product remains necessarily high due to its lack of sophistication.

So today’s trade-off is customisation versus receiving a satisfactory number of comparable quotes.

3. Can you sell a more customised solution internally?

When it comes to choosing a parametric solution for your captive, risk and insurance managers typically need to meet with their CFO and show them multiple quotes.

The option of choosing a more customised product with the lowest basis risk is therefore hindered, and thus this solution becomes undesirable for some because it is more difficult to ‘sell’ internally.

This may rule out more tailored parametric products such as STORM, which looks at wind speeds at exactly the locations that a client specifies. Payouts are not just based on what category of hurricane it is, but are instead based on the exact windspeed at each covered location.

We use live data from various sources through a 3rd party provider called RMS HWind to provide very precise data points about the speed of wind in a precise location or multiple locations as specified by the client.

By doing this, STORM has the advantage that the basis risk becomes very small, although there is also the disadvantage that because there aren’t a large number of insurers offering exactly this product, a client cannot look at directly comparable quotes.

4. Are you ready to become a parametric innovator?

By having a captive, you have a sophisticated self-insurance entity that has all the necessary internal data to come up with the right analysis for both risk mitigation and risk transfer.

Because captives have a superior understanding of the risk profile of their parent company, you are in the best position to move towards more customised parametric insurance solutions, with the added benefit of much lower basis risk.

As the parametric insurance marketplace grows and matures, there is a real opportunity for captive owners to further advance the function of their risk retention vehicle, while also analysing and using the available data to improve understanding of how parametrics can complement a captive’s suite of indemnity covers for a broader array of risks and use cases.