When embarking on a large renewable energy project, delay in start-up insurance is crucial – and obligatory. But can standard DSU offerings give renewable start-ups what they require, or are more tailored options needed? 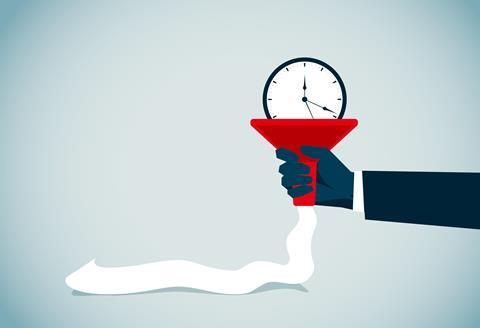 Transporting towers and blades out to sea on specialised vessels, sinking foundations in the ocean floor, laying cables between the turbines and the land, the risk of hurricanes or lightning strikes – the construction of an offshore wind farm, or any other large renewable energy project, is a puzzle with many pieces and a problem with any of them can cause a delay to the project.

“This is necessary as projects need to meet their debt repayment milestones and failing to cover DSU would see a breach in these obligations and possibly early default following damage during the construction phase,” says Duncan Gordon, renewable energy specialist at Gallagher.

However, traditional DSU cover has some limitations, with the main issue being that the insurance only covers delays that arise from physical damage to the project or construction works. Without that physical damage trigger, the policy may not respond.

Some insurers are therefore broadening the trigger to also include an element of non-damage cover. “For hydro or wind projects, we might potentially see denial of access included, in case access to the facility has been denied or blocked because of a strike, riot or even a land slip, for example,” says Steven Munday, global renewable energy leader at Willis Towers Watson.

“We are starting to see non-damage denial of access as an extension to DSU, but it’s also becoming more readily available under strikes, riots and civil commotion (SRCC) and political violence (PV) policies as well.”

Even if the loss of revenue is covered, the policy wordings may not be suited to the specific requirements of renewable energy businesses.

Usually, the loss of revenue is calculated on an actual loss sustained basis, with most policy wordings having a maximum average daily value for the indemnity. For instance, if the project generates €100 million over 12 months, the company could receive a maximum of 1/12 of €100 million per month.

However, because of the nature of wind and sunshine, most renewable energy businesses have periods of high production, and a wind farm might earn 3/12 of that €100 million in one month during a very high wind period. But not all insurance policies will respond in this way and sometimes there are limitations on average daily value.

Another specific risk facing the renewable energy sector is the long-term financial loss resulting from a decrease in guaranteed tariffs in case of a delay in start-up.

Many governments have set guaranteed tariffs for renewable energy, but these tariffs can decrease year-on-year by 3–5% on average.

Thomas Andernach, head engineering & construction and renewable energy for Germany and Austria at Swiss Re Corporate Solutions, notes: “Considering that the period for subsidy can be up to 20 years, the financial loss to the company is not only for the time of the delay, for example one or two months. Instead, it has to be added over the whole 20-year period and can lead to, if insured, a total pay-out of the entire financial loss over that whole period.”

Going for the lump sum

Traditional DSU cover is time dependent, i.e., the identification for the financial loss is a fixed sum, per day or week, multiplied by the time of the delay. But for DSU based on a lump sum payment covering a long period, the period of delay does not matter, because the trigger of that cover is a certain deadline that has been missed, usually 31 December.

Nonetheless, only very few renewable energy companies choose the option of DSU that pays out a lump sum for a long-term financial loss.

“For traditional DSU, the calculation normally is the probability of a loss multiplied by the average rate of a loss, which is a rate in per mille,” says Andernach.

“The other DSU cover is only calculated with the probability of a claim, not with the average rate, because there is no average rate. All risk is 100% and that means that a rate for that kind of cover is not in per mille but in percent. That makes the cover relatively expensive and only a few clients are willing to pay that.”