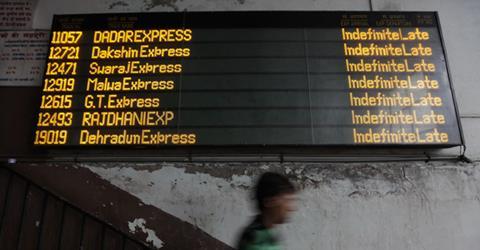 Last week’s power cuts in India have underlined the risks to companies reliant on offshore outsourcing.

The outages, which saw blackouts across the country, caused significant interruption to businesses across the country, including the multi-billion pound outsourcing industry which serves some of the largest companies in the world across areas such as finance, telecom and manufacturing services.

The failures will further fuel companies’ fears over supply chain exposure. A Business Continuity Institute survey sponsored by Zurich found that 85% of organisations across 62 countries had suffered at least one supply chain disruption, and over 50% had more than one supplier interruption in 2011.

The events of 2011 saw widespread disruption to supply chains, with the Japan earthquake alone resulting in insured losses of $22-39 billion, according to Eqecat, and firms will be anxious to mitigate their exposure to such risk in future.

“The recent power cuts in India have highlighted the fact that there are more risks to a supply chain than natural catastrophes,” said Nick Wildgoose, Global Supply Chain Product Manager at Zurich. “They also demonstrate the risk of a geographic concentration of suppliers.

“Customers are realising that they can reduce costs of disruption and gain competitive advantage by understanding their critical supply chains risks better. Companies can suffer a decline in stock price compared with industry peers following a supply chain disruption as a result of lower sales and higher costs.