Newly-released data reveals 2.34 million were living below poverty line in 2010 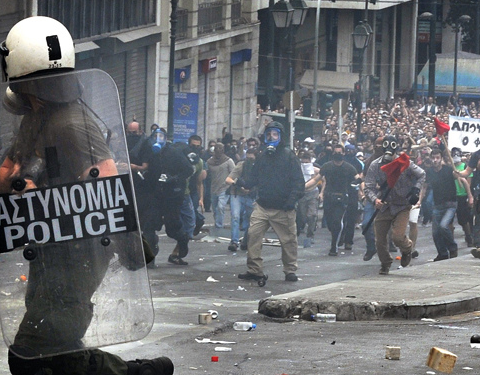 The number of Greeks living below the poverty line reached an incredible 2.34 million in 2010 – 20% of the country’s 11.3 million population.

Data released by the Hellenic Statistical Authority (ELSTAT) on Friday gave some insight into the devastating impact the government’s austerity programme is having on Greek citizens.

Two thousand and ten was the first year that austerity measures came into effect in Greece, while household spending has decreased even further in the two years since.

Greece is now considerably more impoverished than Iran, Mexico, and the West Bank, according to the CIA Poverty Stats. Spain is close behind, with 19.8% of the population living below national poverty line.

The report also highlighted the fact that Greece is among the European countries with the greatest financial inequalities, since the richest 20% of the population had an annual income that was six times that of the poorest 20%.