Obama wins second term – but is it business as usual? 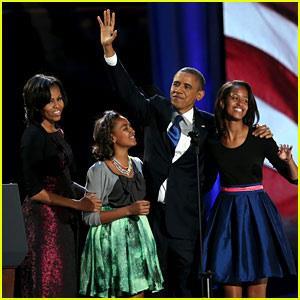 The media had dubbed it the closest US presidential election in living memory, but reality, as opposed to hype, revealed a different and ostensibly predictable outcome.

Barack Obama defied the cynics, the economic statistics and Hurricane Sandy to defeat the Republican challenger Mitt Romney fairly comprehensively in the end – securing the 270 votes required to get across the finish line.

Obama’s Democrat party also kept hold of their Senate majority, while the Republicans retained control of the House of Representatives.

The two opponents are reported to have spent billions of dollars on their election campaigns for a result that changes little.

Demography, rather than democracy marks out this election – an issue that will have even greater effect in years to come.

Romney won 60% of the white vote, while Obama’s 38% was the smallest share of this demographic for a Democrat since Walter Mondale was defeated by Ronald Reagan in 1984.

The increasing power of the Latino population was also crucial in keeping Obama in the White House and presents long-term problems for Republicans. This group now accounts for one in six people and, in 20 years, it is expected to be closer to one in four.

Obama’s drive to secure a second term differed from the one that saw him elected the USA’s first African-American president four years ago.

Back then, Obama was swept to victory on a wave of euphoria and optimism over his vision for change. Yet, for all the hope he represented, Obama’s promises were largely notable for their failure to be delivered.

As a result, Obama’s second election strategy sought not to dwell on his success in power but instead focused on the credibility of Romney, which set the tone for a bitter and unedifying campaign.

It is perhaps hardly surprising that he chose such an approach when the economic evidence is considered: Obama’s second term was won despite unemployment running at almost 8%. According to the Wall Street Journal, no president since Franklin D Roosevelt in 1940 has won re-election with a higher unemployment rate.

Two years ago, the jobless rate in the USA was nearer 10%, so there has been an improvement in the ensuing period and perhaps just enough to convince voters the economy is on the right track.

But is it? Obama’s first term in office was characterised by two key issues: the global economic downturn, which started in the USA a year before the 2008 presidential election; and the “lame duck Congress”, which paralysed any meaningful legislative process in Washington.

Obama’s second term may be little different, control of the Houses remains the same and the economy continues to pose pressing issues – none more so than the impending fiscal cliff, over which the USA threatens to disappear at the end of the year.

The fiscal cliff – when a series of Bush-era tax cuts are set to expire, together with changes to a number of government spending programmes – could derail the USA’s slow-moving recovery before it is able to gather momentum and make Obama’s second term in office more fraught than his first.

Dealing with this impending crisis will no doubt be focusing Obama’s mind in the weeks to come and the implications of the decisions that are made will be felt not only in the USA but also around the world.

Obama and the USA’s other elected representatives cannot afford to get this wrong.