From agricultural production to changes in the weather, most businesses will be exposed to climate change. But with its risks clouded by uncertainty, how do they reduce that exposure? 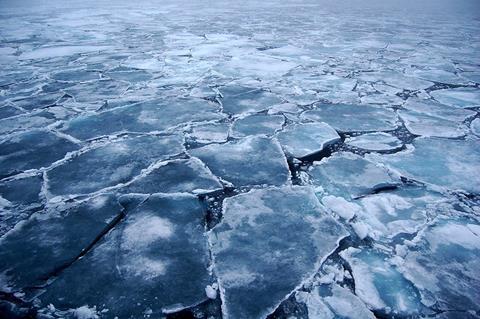 Climate change is one of the greatest threats facing humankind. But it also represents one of the most uncertain, unpredictable risks, and while there is a broad consensus that we face enormous challenges, quite what those will be remains a matter of debate.

“It’s very hard to establish the risk,” says environmental NGO Earthwatch head of climate research Dr Daniel Bebber, who works with HSBC on climate issues. “The central issue is uncertainty.” But the limits of scientific knowledge are only the beginning of the problem, and our understanding of the risk is further complicated by the difficulties in mapping human response to change.

“Even a tiny fluctuation in the climate can have an effect on agricultural production, but this can be magnified out of all proportion by public panic, market speculation and government response,” says Dr Bebber. “In 2008 a drought in Australia caused a collapse in their rice harvest. They are not a big producer, but the government panicked, worrying that there would be a shortage, which prompted larger producers to react with their own embargoes; then speculators got involved and the price went through the roof. By the end of the year, there were food riots in many countries.”

Small changes in the weather can have disproportionately devastating affects in other areas. For example, coastal cities are exposed to a far greater risk from increased storms, surges and sea level rises than inland, yet these areas are where the world’s businesses and populations tend to cluster - and where our financial powerhouses tend to sit.

In a world of increased climatic volatility, one industry that is already trying to adapt is insurance.

With an increasing number of extreme weather events widely predicted by scientists, it follows that there will be more and more weather-related claims made to the companies that insure everyone from farmers to homeowners.

“Munich Re has already assembled an extremely impressive and probably unique database of claims,” says Dr Bebber. “It has separated them into those that are climate-related, such as floods, and those relating to ‘natural’ disasters, such as earthquakes.”

In 2010 there were 950 natural catastrophes, according to Munich Re, 90% of which were weather-related, giving last year the second highest number since 1980.

Overall losses were estimated at around $130bn (€95bn), of which $37bn was insured. That puts 2010 among the six most loss-intensive years for the insurance industry since 1980.

The total value of assets exposed in 2005 was estimated to be $3 trillion (€2.2 trillion) - around 5% of global GDP. Flash forward to the 2070s and, according to the OECD, the total population exposed could grow more than threefold to around 150 million people and the asset exposure could reach $35 trillion - roughly 9% of projected global GDP.

However the figures are stacked up, it’s clear that a huge section of the world’s population and economy are at risk from climate change - a point underlined by Manhattan’s recent narrow escape from the jaws of Hurricane Irene. Reflecting on a stormy 2010, Munich Re reinsurance chief executive Torsten Jeworrek says: “[Last year] showed the major risks we have to cope with … once again, that there must be no slackening of our efforts to analyse these risks in detail and provide the necessary insurance covers at adequate prices. These prices, calculated by the insurance industry, make it possible to assess the economic consequences of these otherwise difficult-to-evaluate risks.”

Almost all businesses - either directly or through their supply chains - will have some exposure to climate change. “For example, water availability is already becoming a major issue,” says Dr Bebber. “A lot of businesses need a lot of water, and they may not realise it. Working to reduce the amount used is just one thing managers should be doing to reduce their exposure.”

But among all the confusion and complexity of our changing planet, there are some emerging trends that businesses can use to model what the future will look like. The most significant of these are based on location.

“Broadly speaking, climate change will exacerbate the existing differences between a comfortable north and a strained south,” says Dr Marek Kohn, author of Turned Out Nice Again: How the British Isles will change as the world heats up. “In particular the fate of the Mediterranean basin looks pretty bleak, not only on the European side, but the African and Middle Eastern sides as well, and this is a region already under serious strain that does not have the developmental cushion of the West. Spain will suffer but Morocco more so. Migration may well be the biggest story as labour is pulled north towards employers.”

This could also mean that developing markets in Africa and western Asia could, quite literally, dry up in the coming decades.

“The UK will also have a different experience to mainland Europe, and our climate may become an object of envy rather than mockery because weather extremes will always be softened by the effect of the Atlantic, just as they are now,” says Dr Kohn.

“This might make the British Isles quite an attractive place, relatively speaking, for inward investment and migration. Not only for the retirees who currently head for the Dordogne and Costas, but also the yuppies of Paris, Berlin and Barcelona might find a new affection for Manchester, bringing their money and business with them.”

However, Dr Kohn warns: “It’s worth remembering there are no political or economic islands in the world, and we will always be affected by what happens elsewhere.”

Whatever the outcome, there will undoubtedly be opportunities in adaptation. “For example, in developing new crop varieties better able to cope with drought and temperature extremes,” says Dr Bebber. “Or - providing governments and the international community agree on the right legislation - carbon markets, as well as sequestration and alternative technologies.”

Getting to grips with this and securing the right investment with the world’s economies being buffeted by some serious storms may be tricky - but the alternative is a future that looks even more uncertain.

Wine is one of the most iconic European products; not only an exportable and profitable industry but, for many, a foundation of the civilisation that has shaped life on the Continent with pronounced regional trends.

Over the centuries, grape varieties have acquired strong associations with particular areas - in French the word ‘terroir’ is used to denote the special characteristics a bottle acquires from local geography, climate and geology. But all that could be about to change as climate change bites. “There will be a general northward march of crops,” says Marek Kohn.

That could be great for new producers, but disastrous for established vineyards. “We could be seeing champagne in the south of England while poor old Portugal is left growing raisins, and this could be a relatively rapid, decadal shift,” says Kohn.