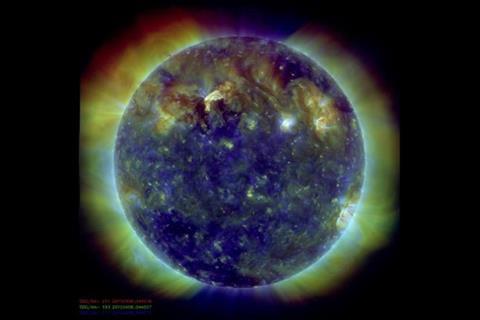 This extreme ultraviolet snapshot from the Solar Dynamics Observatory shows the sun's northern hemisphere in mid-eruption. Earth's magnetic field is still reverberating from the solar flare impact on August 3, 2010, which sparked aurorae as far south as Wisconsin and Iowa in the United States. Analysts believe a second solar flare is following behind the first flare and could spark a new round of Northern Lights. 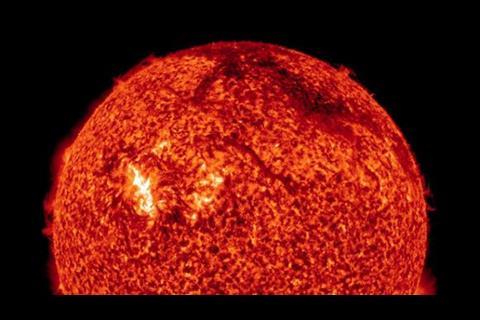 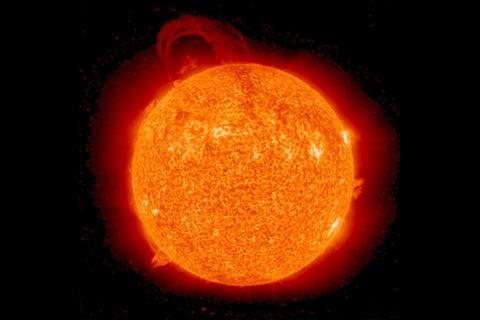 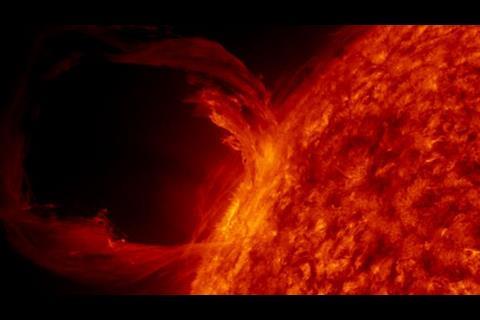 Scientists say a huge space tsunami is on its way

The Earth braced itself for a solar shockwave after scientists warned that a huge wave of electromagnetic energy, caused by an eruption on the surface of the Sun, was headed this way.

The ionized atoms ejected from the surface of the Sun were sent hurtling through space on a collision course with the earth. Solar storms like these are infrequent occurrences but NASA’s boffins predicted that in the run up to a peak of solar activity in 2012 we could expect to see more. This is the first major solar eruption in years.

StrategicRISK first reported the threat from solar flares back in May. Read on below:
The perfect space storm