From chaos theory to the consideration of unknown unknowns, there’s much risk managers can learn from academic thought 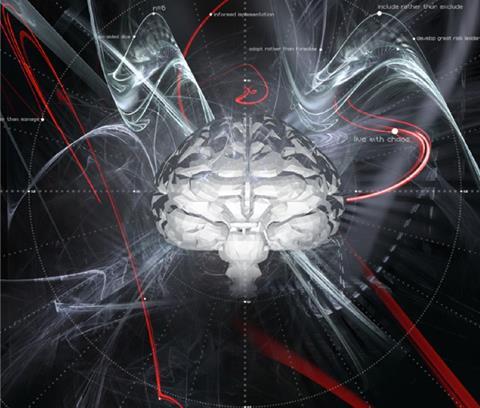 At StrategicRISK, we believe there is a place for original ideas and academic thought leadership that can assist and elevate the process of risk management.

Even where theoretical opinion appears to offer no exact answer to a specific problem that an individual risk manager may have, there is every possibility it will engage minds to consider other issues in different ways.

Risk managers come from a variety of backgrounds and, as such, may never previously have studied or focused on the expansive academic theory associated with the sector.

There is clear merit from exploring such ideas as chaos theory, even where its immediate relevance is uncertain, as it stimulates debate and higher thought processes even among sceptics. Lateral thinking engendered by theoretical discourse may, in time, lead to practical real-world solutions.

Reward through process can sometimes be delivered simply by looking at an issue from a different perspective, perhaps even ignoring
some evidence altogether that had been seen as important but is actually little more than distraction.

Former US defence secretary Donald Rumsfeld was widely ridiculed when he made his now-legendary comments about “known unknowns” and “unknown unknowns”. But seen from the perspective of an inquisitive risk manager, his concept in its most succinct form could be construed as little short of genius.

Taken at its basic level, serious contemplation of issues we are not yet aware of may seem daunting, if not impossible owing to their very nature. It also makes sense, however.

Black Swan events are called thus because most reasonable people had not foreseen them. The key word here is “most”.

The 9/11 attacks are an explicit case in point. These were Black Swans to millions of people - but not, of course, to those who planned and perpetrated them. They knew what was going to happen.

The essayist and scholar Nassim Nicholas Taleb develops this issue at some length in his risk and probability-themed tome The Black Swan.

This discourse through the study of randomness sees Taleb pour scorn on our abilities to predict accurately. Or, more specifically, he questions the ability of so-called experts in this field and the businesses world’s general foolishness for being duped by their arrogance and allowing them to flourish.

Taleb’s reasons are myriad but include, among others, a general failure to account for the enormous variables connected to events and activity beyond our scope of knowledge and understanding but which occur nonetheless: external factors.

The other obstruction blocking the path to forecasting success comes from the lack of general scrutiny of why previous predictions ended up wildly removed from what actually happened.

Experts, in Taleb’s view, are no better - and sometimes worse - than novices at making predictions. They just convince us more effectively of their abilities to do so.

Some risk managers may or may not agree with Taleb on this - particularly as he appears to be questioning the validity of the foundations of their chosen careers. His opinions might seem extreme to some and, in particular, his dismissal as erroneous of so much of what many risk managers hold to be true.

But Taleb’s views are often based on study seen from extreme perspectives - the eponymous Black Swan - where all possibilities are both possible and impossible.

Such opinions can be as controversial as they are subjective - unless they are based on a historical study of similar views and their outcomes - but these perspectives also enrich debate, as they broaden the scope of ‘what if?’ open to those in the risk profession, among others.

The wisdom of crowds

StrategicRISK wants to encourage more inspired thinking among the profession and invites academics to submit papers for consideration as part of a regular series.

The first appears across the next three pages and is written by Transport for London (TfL) head of risk, benefits & planning Dr David Hancock.

In his role at TfL, Dr Hancock is used to dealing on a daily basis with complex problems and behavioural patterns, such as the wisdom of crowds, and the consequences of his decisions help move millions of people around London safely. His paper looks at the benefits of theory for risk managers and the practical applications offered by academic ideas.

Among the topics assessed are ‘tame messes’ and ‘wicked problems’, along with an analysis of chaos theory - all of which offer relevance in a range of areas covered by the risk management profession.

If you would like to submit an academic paper for consideration to run in our series, please email it to mike.jones@strategic-risk.eu.